Advances in extracting uranium from seawater announced in special issue 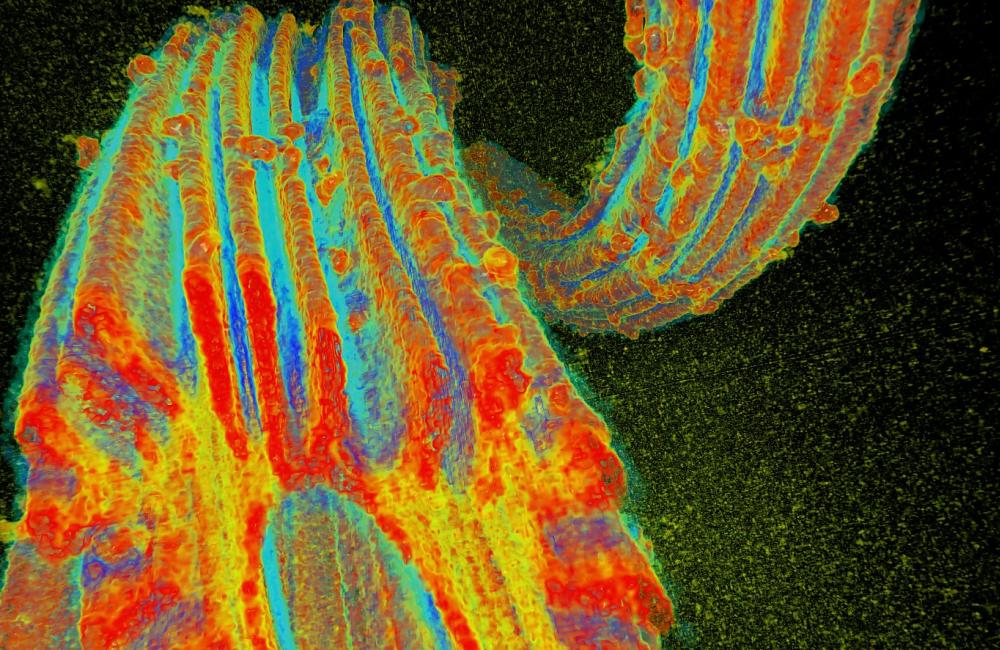 OAK RIDGE, Tenn., April 21, 2016—The oceans hold more than four billion tons of uranium—enough to meet global energy needs for the next 10,000 years if only we could capture the element from seawater to fuel nuclear power plants. Major advances in this area have been published by the American Chemical Society’s (ACS) journal Industrial & Engineering Chemistry Research.

For half a century, researchers worldwide have tried to mine uranium from the oceans with limited success. In the 1990s, Japan Atomic Energy Agency (JAEA) scientists pioneered materials that hold uranium as it is stuck or adsorbed onto surfaces of the material submerged in seawater. In 2011, the U.S. Department of Energy (DOE) initiated a program involving a multidisciplinary team from U.S. national laboratories, universities and research institutes to address the fundamental challenges of economically extracting uranium from seawater. Within five years this team has developed new adsorbents that reduce the cost of extracting uranium from seawater by three to four times.

To chronicle this and other successes, the special issue focused on “Uranium in Seawater” amasses research presented by international scientists at ACS’s spring 2015 meeting in Denver. Major contributions came from researchers supported by the Fuel Resources Program of DOE’s Office of Nuclear Energy who coordinate an international effort involving researchers in China and Japan under agreements with the Chinese Academy of Sciences and JAEA. The DOE program is laying the technological foundation to determine the economic feasibility of uranium recovery from seawater. It supports researchers at national laboratories, universities and research institutes focused on developing and testing the next generation of adsorbents that will exhibit higher adsorbent capacity, faster binding and lower degradation over multiple use cycles in seawater.

“For nuclear power to remain a sustainable energy source, an economically viable and secure source of nuclear fuel must be available,” said Phillip Britt, who provides technical and outreach leadership for the DOE program. “This special journal issue captures the dramatic successes that have been made by researchers across the world to make the oceans live up to their vast promise for a secure energy future.”

Scientists from two DOE labs, Oak Ridge National Laboratory in Tennessee and Pacific Northwest National Laboratory in Washington, led more than half of the 30 papers in the special issue. ORNL contributions concentrated on synthesizing and characterizing uranium adsorbents, whereas PNNL papers focused on marine testing of adsorbents synthesized at national labs and universities.

“Synthesizing a material that’s superior at adsorbing uranium from seawater required a multi-disciplinary, multi-institutional team including chemists, computational scientists, chemical engineers, marine scientists and economists,” said Sheng Dai, who has technical oversight of the ORNL uranium from seawater program. “Computational studies provided insight into chemical groups that selectively bind uranium. Thermodynamic studies provided insight into the chemistry of uranium and relevant chemical species in seawater. Kinetic studies uncovered factors that control how fast uranium in seawater binds to the adsorbent. Understanding adsorbent properties in the laboratory is key for us to develop more economical adsorbents and prepare them to grab as much uranium as possible.”

That teamwork culminated in the creation of braids of polyethylene fibers containing a chemical species called amidoxime that attracts uranium. So far, testing has been conducted in the laboratory with real seawater; but the braids are deployable in oceans, where nature would do the mixing, avoiding the expense of pumping large quantities of seawater through the fibers. After several weeks, uranium oxide–laden fibers are collected and subjected to an acidic treatment that releases, or desorbs, uranyl ions, regenerating the adsorbent for reuse. Further processing and enriching of the uranium produces a material to fuel nuclear power plants.

Marine testing at PNNL showed an ORNL adsorbent material had the capacity to hold 5.2 grams of uranium per kilogram of adsorbent in 49 days of natural seawater exposure—the crowning result presented in the special issue. The Uranium from Seawater program continues to make significant advancements, producing adsorbents with even higher capacities for grabbing uranium. Recent testing exceeded 6 grams of uranium per kilogram of adsorbent after 56 days in natural seawater – an adsorbent capacity that is 15 percent higher than the results highlighted in the special edition.

The special issue captures a wide range of enterprises, including

Uranium from terrestrial sources can last for approximately 100 years, according to Erich Schneider of the University of Texas–Austin. As terrestrial uranium becomes depleted, prices are likely to rise. “If we have technology to capture uranium from seawater, we can ensure that an essentially unlimited supply of the element becomes available if uranium prices go up in the future,” Schneider said.

In July, experts in uranium extraction from seawater will convene at University of Maryland–College Park for the International Conference on Seawater Uranium Recovery. They will further explore the potential of uranium from seawater to keep the world’s lights on.

Battelle manages PNNL for DOE’s Office of Science. Interdisciplinary teams at PNNL address many of America’s most pressing issues in energy, the environment and national security through advances in basic and applied science.

The single largest supporter of basic research in the physical sciences in the United States, the Office of Science is working to address some of the most pressing challenges of our time.