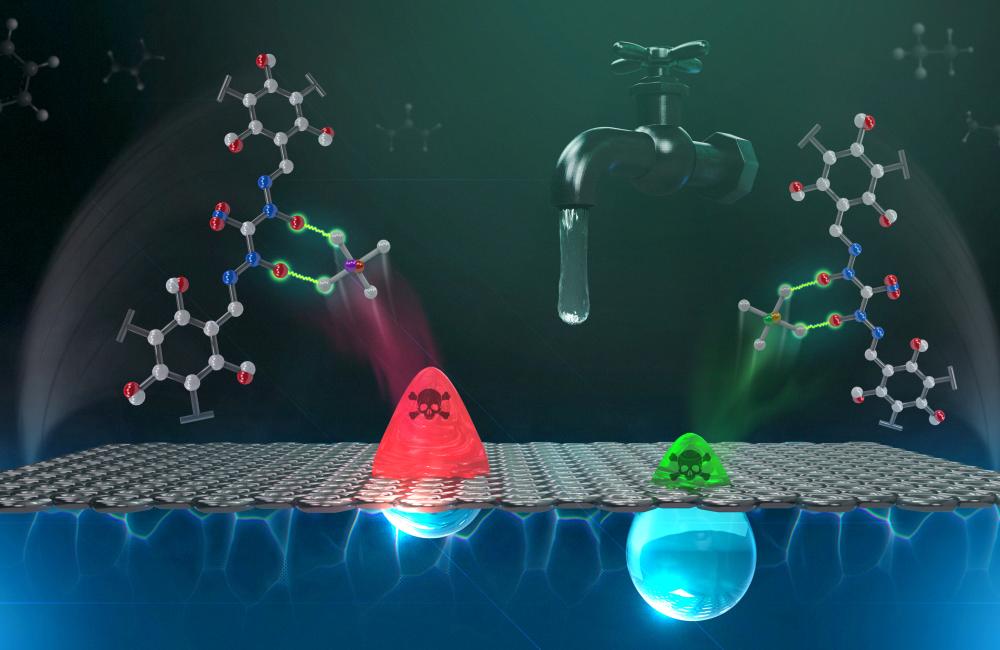 Researchers at the Department of Energy’s Oak Ridge National Laboratory are tackling a global water challenge with a unique material designed to target not one, but two toxic, heavy metal pollutants for simultaneous removal.

ORNL’s Santa Jansone-Popova of the Chemical Sciences Division, and Ping Li, now at Elementis Global, have discovered an adsorbent with high selectivity for chromium and arsenic in real conditions where water resources contain many chemically similar elements.

“It is rare for an adsorbent to capture two pollutants simultaneously, and to work quickly and efficiently in realistic scenarios to address the broad range of water conditions worldwide,” Jansone-Popova said.

Chromium and arsenic are two of the most dangerous pollutants found in drinking water worldwide. Both are toxic and can cause adverse health effects, including cancer. Even low levels pose significant risks to living organisms because doses bioaccumulate, or build up with each exposure, and can gradually reach harmful amounts. These elements occur naturally, but their presence in the environment has increased with industry and urbanization as byproducts of broad mining, production and manufacturing. Releases impact air, soil and water, but drinking water is the most common route of exposure.

In water, these metals dissolve to form chromate and arsenate oxoanions, or salts, that are chemically similar to beneficial minerals that are naturally present in water including phosphate, sulfate, nitrate and bicarbonate. Chromate and arsenate are highly mobile in water and can have far-reaching impacts. They do not degrade and are permanent in the environment without intervention. Targeted approaches are needed to separate these metals from harmless mineral salts that are vital to the ecosystem.

Jansone-Popova is part of an ORNL group specializing in the study of adsorbents, materials that are designed to target specific elements and bind them to a surface. Adsorbents have broad applications in helping to recover precious metals or remove pollutants from the environment.

“They are one of the most promising water treatment options because they are affordable, easily deployed and can work quickly to filter water supplies, but they need to be tailored for practical use in cleanup scenarios,” Jansone-Popova said. “The challenge is to design materials that can effectively isolate trace amounts of harmful elements that are very similar to the bulk chemical species found in water.”

In adsorbent design, selectivity is key. Because a material’s surface offers limited real estate, the goal is to grab only targeted elements and capture as much as possible before the adsorbent fills up and needs to be replaced or recycled. Poorly selective materials lack the precision to single out targets in mixed environments, such as water, where similar elements compete for space.

Jansone-Popova previously led the design of an adsorbent with high selectivity for chromate that works rapidly and in the presence of competing species to decontaminate water. A study published in Environmental Science and Technology showed the novel material decreased chromate concentrations 100-fold within one minute (1 part per million to 10 parts per billion) and achieved a level an order of magnitude below allowable limits set by the U.S. Environmental Protection Agency.

The team-up with Ping Li builds on the approach to develop a framework for capturing both chromate and arsenate with one material.

“Our starting material is highly effective at capturing chromium in its most toxic form, hexavalent chromium, but the approach was not designed to be selective for arsenic,” Li said. “As this reaction happens, however, the material changes, creating a platform for new chemistries.”

Researchers modified the original structure to reduce captured chromium-6 into a less toxic state, chromium-3. Chromium-3 also has the benefit of providing an anchor point to bind arsenate. The new structure enables a chemical reaction that forms stable chromate-arsenate clusters that are strongly bonded to the surface. The result effectively traps the toxins permanently because they will not wash off or detach from the filter material without intentional removal by chemical processing.

“We leveraged the efficient capture of hexavalent chromium to introduce a new architecture that could also bind with arsenic,” Li said.

Chromate arsenate, once used as an additive in pressure-treated lumber, provided inspiration for the structure.

The team has patented the structure and is working with collaborators to expand the approach to other environmental pollutants.

“Fundamental discoveries like these can help us reduce toxic pollutants in the environment and meet regulatory goals for clean water,” Jansone-Popova said.

The work was supported the Office of Science and used resources of the Compute and Data Environment for Science at ORNL. 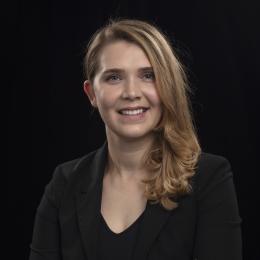