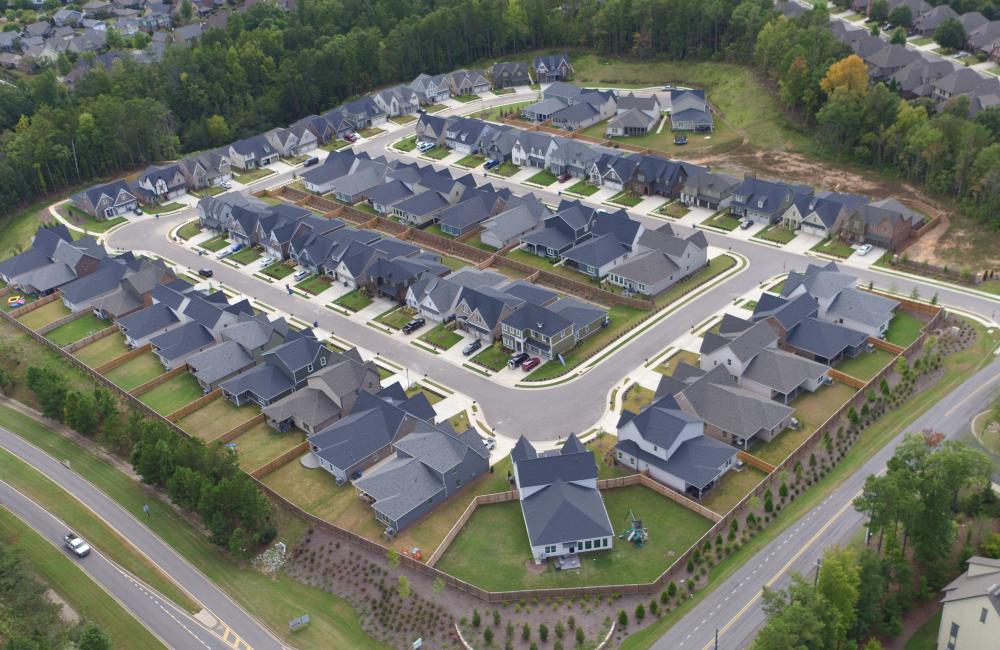 When the power goes out unexpectedly in the United States, the cause inevitably points to one of two culprits—nature or man. Fortunately, the electrical grid is robust and, barring catastrophic events from either source, can rebound quickly when outages occur.

Nevertheless, recent natural disasters and the increasing threat of cyberattacks have spurred research to ensure the grid remains secure and adaptable.

“The microgrid in Alabama includes natural gas generators, solar panels and a battery pack, so it can generate and store power, operating independently from the main grid or in conjunction with the grid,” Ollis said. “For this to happen, though, there’s a lot of back-and-forth communication that has to occur between the microgrid, the controller and the homes.”

Determining whether all parties are working and communicating as they should happens only when an outage triggers power disruption.

CSEISMIC integrates seamlessly with the home’s energy management system, which directs heating, cooling and smart appliance loads, with the controllers sending signals back and forth as conditions like temperature and occupancy change. The researchers successfully tested the ability to “island” the microgrid, simulating a power outage during which the local generators are called upon to serve the neighborhood’s full power load.

The system was also tested during an unplanned disruption caused by nature.

“Unfortunately, a squirrel caused a temporary fault in the system, and the microgrid immediately opened and started feeding the neighborhood for about 30 minutes,” he said. “When the main grid was stable again, we closed the microgrid back and reconnected. It did exactly what it was supposed to do in this unexpected scenario.” 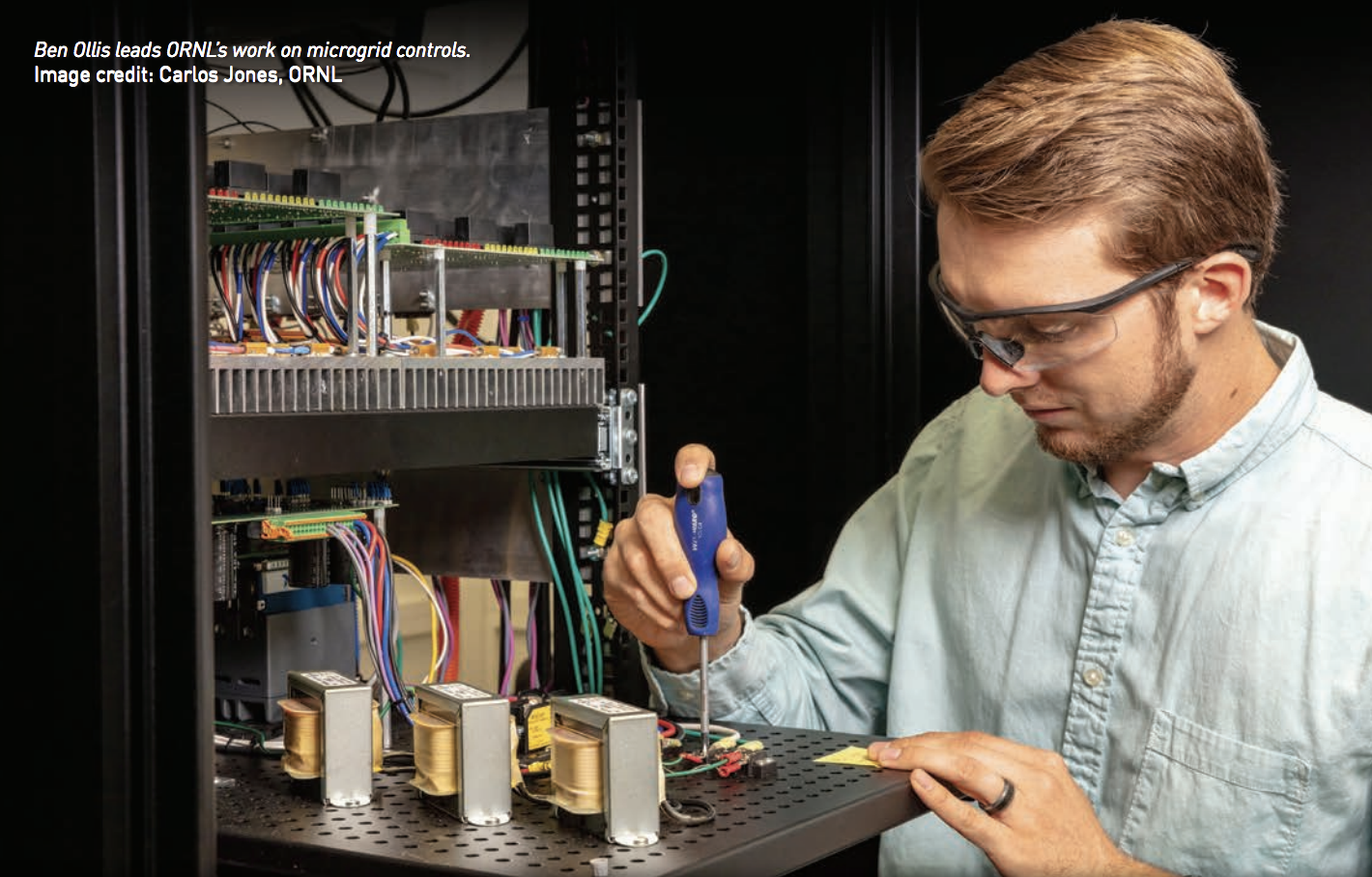 In February, Ollis demonstrated another capability of the microgrid and CSEISMIC—the ability to balance load control for cost-effectiveness and efficiency.

“We’re now doing real energy load control on the homes,” Ollis said. “From the energy usage home data, we know what electricity price we can offer every 15 to 20 minutes or so. Then, based on that price, the home can try to optimize to the homeowner’s comfort while minimizing electricity consumption.”

Energy data is securely sent from the controller to DOE’s cloud-based VOLTTRON platform, which supports applications for end-use energy loads.

Using algorithms developed by ORNL, the VOLTTRON system can forecast and optimize home energy use in response to signals from the microgrid controller. The integration of CSEISMIC with ORNL’s transactive controls allows for efficient management of energy resources from generation to storage to end-use. Homeowners gain multiple opportunities for cost savings, while grid operators benefit from more precisely controlled load-balancing.

Ollis said this all happens seamlessly for the homeowner. “The home adjusts its settings based on the data; there’s no action on the homeowner’s part,” he said.

The edge and beyond

With the Alabama project progressing as planned, Ollis’ work next focuses on a new Smart Neighborhood with Georgia Power in the Atlanta area. This time, the 40-plus residential dwellings are four-story town homes. The project will differ significantly in that each home will contain its own microgrid—solar panels and a battery pack—rather than be part of a large, centralized power system serving the neighborhood.

“Given the Georgia neighborhood is residential-scale energy generation instead of grid-scale, we won’t have as much data to report, but we’re still looking at how these homes operating independently of each other can interact with the main grid,” he said.

Ollis said the Georgia neighborhood will be a test of how the edge of the grid responds and adapts to energy sources such as solar and batteries.

“What happens at the edge of the grid? How can we make adjustments and integrate new systems into a system that has parts more than a century old?” he said. “That’s what we’re working to figure out, and microgrid projects such as the Smart Neighborhoods provide an excellent platform for grid edge research.”

Ollis said that industry has indicated interest in CSEISMIC, paving the way for future commercialization, which could in turn expand the use of microgrids.

ORNL is also working on technology to dynamically network microgrids, so an entire neighborhood or even region’s distributed energy resources could communicate about their operations, back up one another and eventually support the larger bulk power system efficiently and effectively.

“People will continue to want more control and flexibility in how they receive electricity,” he said. “We’ll see microgrids become more commonplace in the future. Growth may be slow initially, but if usage goes from 5 to 10 percent in the next decade, that 10 percent is significant.

“Our job with research is to lay the basic foundation for understanding what works; we’ve shown you can operate the grid more efficiently by integrating solar and energy storage,” Ollis added. “What we’re demonstrating now paves the way for maximizing the grid edge in the future.” 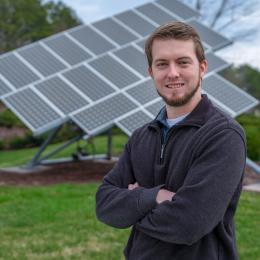