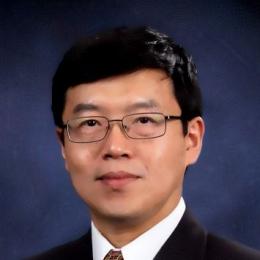 Dr. Xiaoping Wang received his Ph.D. degree in inorganic chemistry from Texas A&M University in 1998, where he did his graduate work with Professor F. Albert Cotton. He then undertook postdoctoral research in neutron crystallography at Argonne National Laboratory. He was the director for crystallographic computing in the Laboratory for Molecular Structure and Bonding at Texas A&M University from December 2001 to May 2006; the director of X-Ray Diffraction Laboratory at University of North Texas from June 2006 to July 2008, and has been appointed as adjunct professor in the chemistry department. He joined ORNL in August 2008 as an instrument scientist for the TOPAZ single crystal diffractometer (SNS Beamline-12). Dr. Wang was chair-elect (2006) and chair (2007) of Small Molecule SIG of the American Crystallographic Association. He has served on the review board of  IUCr journal Acta Cryst. C. Structural Chemistry since 2016. He is currently a senior scientist in the  Neutron  Scattering  Division. His research interests include chemical crystallography, 3D single-crystal diffraction using neutron wavelength-resolved Laue techniques, hydrogen bonding interactions in metal hydride complexes, inorganic-organic hybrid perovskites and energy materials, structural and magnetic phase transitions.