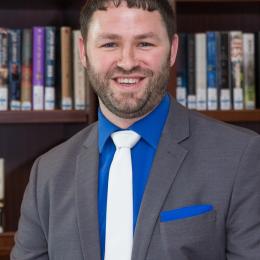 Travis Williams is an instrument scientist in the Spectroscopy Section at the High Flux Isotope Reactor, working on the HB3 instrument. He works in the Triple-Axis Group, which also operates the HB1A, HB1 and CTAX instruments. Dr. Williams obtained his B.Sc. in Physics from The University of Western Ontario in 2007, following which he pursued his graduate studies at McMaster University, obtaining his M.Sc. in 2009 and his Ph.D. in 2013.  He then joined ORNL as a Eugene P. Wigner Fellow, studying heavy fermion and ferromagnetic materials.  At the conclusion of his fellowship in 2016, he began his current position as an instrument scientist.

His current research interests are in the areas of heavy fermion systems, particularly the hidden order system URu2Si2 and the cerium-based non-centrosymmetric magnets CeTX3.  In addition to his neutron scattering work, Dr. Williams also has an interest in materials synthesis and experiments using muon spectroscopy.

Growth and characterization of large (Y,La)TiO3 and (Y,Ca)TiO3 single crystals...

Decay and renormalization of a longitudinal mode in a quasi-two-dimensional antiferromagnet...

Prediction and observation of intermodulation sidebands from anharmonic phonons in NaBr...