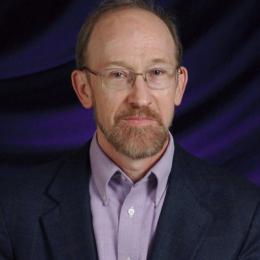 The goal of the LWRS MRP is to inform relicensing decisions and aging management programs by developing the scientific knowledge for understanding and predicting changes to key materials as a function of their use in nuclear power plant environments. Prior to being appointed the MRP Lead, Tom served as Deputy Pathway Lead from June 2010 - March 2019.  As the Deputy Lead, he managed the cable and concrete degradation, Non-Destructive Evaluation, and the Zion Harvesting Tasks.

Tom led the effort to harvest sections of the Zion Unit 1 RPV including based metal and weld metal, cables from Zion Units 1 and 2, and key documents including equipment qualification reports and in service inspection reports.  Following the harvesting of the Zion RPV segments, blocks were cut from the beltline weld and from the base metal near the highest fluence region of the RPV.  These blocks were cut into specimens, which are currently being characterized.  This work is intended to access the validity of current physically-based transition temperature shift models, such as EONY, E900, and OWAY, to improve codes and standards for aging management of RPVs at extended operation of the current US nuclear power plant fleet.

In 2014, Tom led the effort to form a new international research organization, the International Committee on Irradiated Concrete (ICIC), whose goal is to provide a forum for broad technical interactions and collaborations to accelerate advanced research on the effects of irradiation on concrete used in nuclear applications, such as nuclear power plants, storage, and disposal sites, and which will contribute to advancing the current state of knowledge.  He served as chairman of the two framework meetings in Barcelona and Helsinki to stand up the ICIC and he Chaired the First General Meeting of the ICIC, which was held in Knoxville in November 2015.  He currently serves on the ICIC Executive Committee as the Technical Area Coordinator (TAC) for the Harvesting and Characterization Technical Area (TA) and acting TAC for the Accelerated Irradiation Research (AIR) TA.  In 2020, the ICIC Early Career Award (ECA) was named the Thomas M. Rosseel ICIC ECA in recognition of his support of early career researcher’s active participation in the ICIC. He had the privilege of presenting the first TMR ICIC ECA to Dr. Beatrice Pomaro (U. Padova) during the 5th ICIC General Meeting at the University of Padova, Italy, in June 2022. In 2022, the LWRSP MRP concrete team was awarded the Japan Concrete Institute Prize for best paper in 2021.  Significantly, the lead author was an ORNL ASTRO graduate student (TAMU) Intern for two years under Tom's mentorship.

In 2020 and 2021, Tom organized and hosted 5 LWR stakeholder (industry & regulators) engagement meetings focused on metals, mitigation, concrete, cables, and LWR Life Beyond 80 (LBE) research. Based on the LBE meeting, he was invited to lead the DOE participation in and coordinated presentations for the US NRC public meeting to address aging management research at extended operation up to 100 years.  In 2022, he organized and chaired the Life Beyond 80 session at the 20th International Environmental Degradation Conference in Snowmass, CO. To meet the projected electricity requirement in the next 25 – 40 years, nuclear energy must be a significant partner in decarbonizing the electrical sector by providing a productive society with safe and reliable power generated with low or zero carbon emissions.  Moreover, extending the life of the current fleet has several important advantages compared to new builds that may incur higher costs and time to build and license new advanced reactors with those higher costs borne by end consumers.  However, the ability to extend the life of the current fleet must include the time required to continue the development of improved monitoring and management of aging materials as well as evaluating known aging issues and possible or currently unknown aging issues under LBE extended operations.  Furthermore, there is an established knowledge base and the critical skills to perform research necessary to evaluate and assess LBE materials degradation.  Delaying LBE research beyond 2030 may result in significant delays in LBE licensing and may result in much higher costs.

Tom received a B.S. Chemistry degree at the University of Michigan and was twice awarded the Moses Gomberg Undergraduate Chemistry Prize.   Tom is also a member of the American Nuclear Society, the American Chemical Society, Sigma Xi, the Scientific Research Honor Society and is serving on the Committee on Nominations (3-year position) to review candidates for president-elect, and the American Vacuum Society in which he served as President, Treasurer, and Awards / Scholarship Chairman of the AVS, Tennessee Valley Chapter.  In 2012, Tom received a Federal Laboratory Consortium (FLC) Award for Excellence in Technology Transfer as part of a team that developed an improved low-cost, low-particulate cook stove for use in under-developed countries.

Over the last 6 years, Tom has had the pleasure of mentoring graduate student interns, post docs (2 promoted to staff positions), and early career staff members focusing on improved / expanded research skills, proposal development, teamwork, professionalism, and, most importantly, collaborating with researchers at all levels to explore new and challenging research.  On January 12th, Tom was awarded the MSTD Outstanding Mentor Award that recognizes an individual for demonstrating exceptional mentorship of others within ORNL. Recipient: For going above and beyond in his career-long support of the next generation of scientists at and beyond ORNL and the DOE complex.