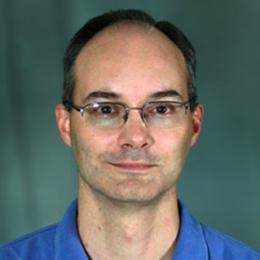 Rick Mohr joined ORNL in 2020 as an HPC Systems Engineer with the Technology Integration Group at the National Center for Computational Sciences (NCCS). He is working on projects related to parallel file systems and I/O benchmarking.

Rick started his career in HPC at the Ohio Supercomputer Center before moving to Oak Ridge in 2009 to work for the University of Tennessee in the National Institute for Computational Sciences (NICS) group. While working on the Kraken supercomputer at NICS, he started his involvement with the Lustre file system and became the lead storage administrator. Rick has also been a part of the TeraGrid and XSEDE projects for the NSF, and he has also collaborated on storage deployments for OLCF’s CADES project.

Rick attended Rose-Hulman Institute of Technology where he earned B.S. degrees in Physics and Mathematics in 1996. He attended graduate school at The Ohio State University, earning a M.S degree in Physics in 1999 and completing his Ph.D. in Nuclear Physics in 2003.