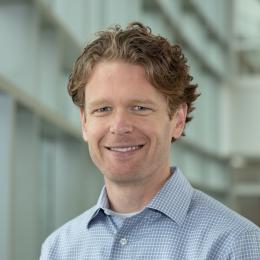 Peter Rosenblad is responsible for the R&D, design, manufacturing, installation, and testing of the STS Target Systems Group.  Peter has nearly 20 years of experience in design engineering, manufacturing, operations, and project management of nuclear and spallation facilities and has held a wide variety of roles including design engineer, lead mercury target engineer, control account manager, and team leader.

Peter began his ORNL/SNS tenure 6 months before completion of the SNS capital project.  He worked as a design engineer to complete the construction and installation of the magnetism and liquids reflectometers (beam lines 4a and 4b).  He then worked as an instrument systems engineer focused on beam line choppers before switching to target systems at the start of 2007.  Within target systems, Peter focused on the mercury target module and system for the next 6 years.  Over these years, Peter gained additional leadership responsibilities guiding designers and engineers supporting target systems.  In 2013, Peter took an opportunity to become the control account manager for the central solenoid structure as part of the US ITER project.  Peter executed this role for the next 3 years while gaining valuable project management experience before returning to SNS.  Shortly after returning, Peter became the team leader for manufacturing for target system components at SNS for approximately 2.5 years before beginning work on the Second Target Station.  This mix of design, manufacturing, leadership, and project experience provides a foundation for Peter’s leadership of the STS Target Systems Group.

Installation and Initial Operation of an On-line Target Imaging System for SNS...