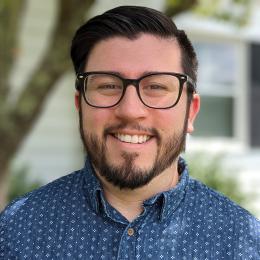 Michael earned his Bachelor of Science degree from San Jose State University (SJSU) in 2015, where he majored in Physics and minored in both Math and Astronomy. During his time at SJSU, he conducted research in observational astronomy and discovered the densest known galaxy in the universe.

He then received his Ph.D. in 2021 from the University of Tennessee, Knoxville where he studied the late-time evolution of core-collapse supernovae. His work involved running simulations on multiple HPC systems, including Titan and Summit, while visualizing data on Rhea and Andes using VisIt and Blender.

Michael now works with the User Assistance – Production group, with a particular interest in providing data visualization support for users of NCCS/OLCF resources.

Journal: The Astrophysical Journal
view all