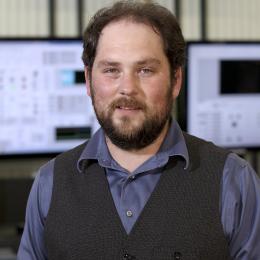 Michael Starke is a Power Systems Research Engineer at the Oak Ridge National Laboratory. He has been at ORNL for over 7 years performing research in different areas of power systems analysis. He received his B.S, M.S. and Ph.D. in electrical and computer engineering at The University of Tennessee in 2004, 2006, and 2009 respectively. Michael is a member of IEEE and of the Power and Energy Society with over 30 publications in power systems and power electronics. His research areas have been primarily focused on energy storage, demand response, and microgrids, but he has been actively engaged in wind and solar generation research as well. In the microgrid area of research, he has led a team that developed an open-source microgrid controller called CSEISMIC and is currently engaged in the planning of demonstration projects related to this controller. This microgrid controller utilizes new strategies in communications and controls unlike other microgrid controllers. Michael also led a team that has successfully constructed a secondary use energy storage system composed of Chrysler FIAT Li-ion batteries with ORNL designed inverter controls and communications interface. This energy storage system is being deployed on a project titled the Advanced Manufacturing and Integrated Energy (AMIE) in which CSEISMIC is able to operate and optimize a heating, ventilation, and air conditioning system, energy storage, and PV to minimize grid impact and cost. He has also worked on several demand response projects with industrial load partners and received a patent on a tool developed to estimate the demand response potential of industrial plants.

A Control Strategy for Improving Resiliency of an DC Fast Charging EV System...

Journal: IEEE Journal of Emerging and Selected Topics in Industrial Electronics
view all