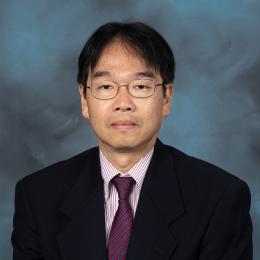 Masaaki Matsuda obtained his B.Sc., M.Sc., and Ph. D. degrees from Tohoku University in Japan. He was a postdoctoral fellow at JSPS, a researcher at RIKEN, a researcher, a senior researcher, and a principal researcher at Japan Atomic Energy Research Institute/Japan Atomic Energy Agency. Since 2010 he has been a senior R&D staff at Oak Ridge National Laboratory. He has worked on magnetism in strongly correlated electron systems, such as high-Tc cuprates, quantum spin systems and frustrated magnets, using neutron scattering technique. Masaaki Matsuda is a Fellow of the American Physical Society.

Quantum Effect on the Ground State of the Triple-Perovskite Ba3MNb2O9 (M = Co, Ni, and Mn) with Triangular-Lattice...