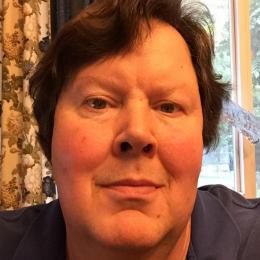 Lowell Crow serves as the Group Lead for Neutron Optics & Polarization since 2020.  His current focus is on the instrument upgrades at the High Flux Isotope Reactor (HFIR) enabled by the upcoming HFIR Beryllium Reflector Replacement.

Lowell Crow attended Rice University (BA, 1979), and attended graduate school at the University of Missouri-Columbia (MS 1981, PhD 1987).  At Missouri, as a student of Prof. Guy Schupp, he led development and operation of a Mössbauer Gamma-ray diffraction instrument that used radioactive sources produced at the Missouri University Research Reactor.  His dissertation research used this diffractometer to separate thermal diffuse scattering from elastic scattering in Si and Na.  Since the group also operated neutron scattering instruments, he became familiar with operation of neutron instrumentation.

As a postdoc at the University of Rhode Island, he was the principal onsite person for the URI Physics Department at the Rhode Island Nuclear Science Center (RINSC) reactor.  Initial work there, with Prof. Tony Nunes, involved observation of properties of high-temperature superconductors using a simple small-angle scattering instrument as a polarimeter.  This was used to map parts of the superconducting phase diagram with polycrystalline YBCO, and later observe the interesting polarization behavior of YBCO films.

Starting in 1992, he worked with Prof. Albert Steyerl under a contract for ORNL’s Advanced Neutron Source project to develop an Ultracold Neutron (UCN) turbine facility.  To support this, he set up a Monte Carlo simulation of a turbine similar to the Steyerl turbines at Munich and ILL to optimize the design.  His work contributed to the conceptual design of the facility (which was ultimately canceled).  He then worked, in a collaboration with Tom Bowles at Los Alamos, on a turbine project at Los Alamos National Laboratory, including characterization of mica crystals for that project, using the RINSC 2-axis diffractometer.

In parallel with the work on UCN, he worked with Prof. Steyerl and his students to construct a time-of-flight reflectometer at the RINSC reactor.  This instrument produced a series of oil-surfactant water measurements, and which resulted in a series of publications and dissertations.  Also within this time period, the RINSC reactor converted from highly enriched uranium to low enriched uranium.  In this context, he led the team that measured the flux at various beam and irradiation locations, coordinated these flux measurements and published the results.

Lowell moved to ORNL in 1998 to work at the High Flux Isotope Reactor.   While there, he worked with Lee Robertson and his collaborators on problems in phonon spectra measurement and magnetic ordering in bulk and thin-film samples.  The design of the new triple axis drums and HB-2 shield tunnel, which were scheduled for completion by the end of the 2001 HFIR beryllium changeout, were already in progress;  Lowell was assigned to use simulations and measurements to determine the best available shield composition, first for the HB-2 tunnel, then for the triple-axis drums.  He also worked with Lee to make measurements at the Oak Ridge Electron Linear Accelerator, then operated by the ORNL Physics Division, which led to the present HB-2 sapphire fast neutron filter.  The design for the cold guide system at HB-4 was underway, and he contributed to this effort as well, proposing the two-bulkhead shielding system which was adopted.

In 2002, Lowell accepted a position as a detector physicist with the Spallation Neutron Source project, working with Ron Cooper, the detector lead, and began development of wavelength-shifting fiber neutron scintillation detectors.  Over the course of six years of development, he worked with Ron, Jason Hodges, and Rick Riedel to develop scintillators, fiber arrays, and a light detection system to demonstrate that this detection method works, then worked with designers, engineers, technicians, and vendors to build the detectors which were installed at the Powgen and Vulcan instruments at SNS.

When Lowell joined the SNS team, it was evident neutron sources were needed to test the various prototype and production detector systems needed for SNS.  He led an effort to install a prototype Cf-based thermal neutron irradiator at the Californium User Facility at ORNL in 2003.  This worked well, and led to the Cf sources now being used in the building 8600 detector labs.

In 2004, the detector team had an opportunity to install a small test beam at the HB-2DS position at HFIR.  Lowell led the effort install this test station, and served as the instrument scientist once it was commissioned.  The detector team used it for imaging detector development, low efficiency monitor testing, scintillator testing, and 3He position sensitive detector testing.  One accomplishment was support of an early test of an ASIC-based microchannel plate detector, a forerunner of the MCP detectors now in use for imaging at SNS and HFIR.

In 2008, Lowell moved to the new instrument development / neutron optics group formed by Lee Robertson, and immediately began working on the CG1 development system in the HFIR guide hall.   In 2009, the group commissioned the CG1D time-of-flight development beamline, followed by the CG1A spin echo prototyping beamline, and the CG1B utility diffractometer.  He served as an instrument scientist and the laboratory space manager for these instruments through 2012.  Through that time the group supported a number of instrument prototypes, including (at CG1D) a TOF Mieze demonstration (with TU Munich), Wolter optics (with MIT and NASA) and KB focusing mirror tests (with MSTD at ORNL), and diffraction and holography.  CG1D also hosted a series of imaging demonstration experiments, eventually leading to its conversion to a user instrument for imaging.

Along with the work of operating the development beamlines, Lowell has frequently worked with teams building new instruments, as well as troubleshooting and upgrading existing instruments.  This included worked on several HFIR instruments, ranging from monochromator improvements at CTAX, HB-1, and HB-1A, to work with the SANS collimator systems, to participating in the installation of the Imagine quasi-Laue protein diffractometer.

After the group turned over CG1D to Imaging, CG1B to sample alignment, and CG1A to detector development, Lowell concentrated on running HB-2D as a development beamline.  With team members Bill Hamilton and JK Zhao, and with Roger Pynn’s group at Indiana University, the team ran demonstration experiments including Modulated Intensity with Combined Effort (MICE), Spherical Polarimetry with the “CryoCup”, and the Wollaston prism prototypes.

Lowell worked with Lee Robertson to build a cold neutron polarization development beamline at the CG4B position in the HFIR guide hall.  This longer (7 m) beamline is better suited to full Larmor prototypes than the shorter beamlines at CG1A or HB-2D.  After it was commissioned in 2018, the first experiment was a turbulence imaging demonstration (with Mike Fitzsimmons and Tony Tong, and students Xin Wen and Landen McDonald).  After the long HFIR outage in 2018-2019 (during which several of members of the team traveled to the Missouri reactor to test spherical polarization apparatus and rf flippers for spin echo prototyping), Fankang Li and Ryan Dadisman conducted tests of the rf flippers in a MIEZE setup, after which Fankang, in collaboration with Indiana University and Jaime Fernandez-Baca, conducted quantum entanglement measurements using Wollaston prisms.

Design and performance of a superconducting neutron resonance spin flipper...