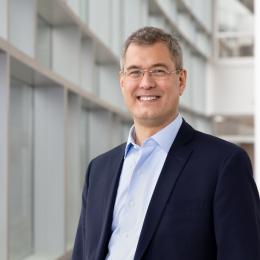 Ken is the Associate Laboratory Director for Neutron Sciences.  He joined ORNL as director for the Neutron Technologies Division in January 2020. He has a PhD in physics from the university of Keele in the UK (1994) with an ILL studentship. After a brief period as a post-doc at the KENS neutron facility in Japan, he returned to the ILL as instrument scientist on D7 and then moved to ISIS as instrument scientist on OSIRIS. In 2002, he became head of the Neutron Optics laboratory at ILL, and in 2010 he moved to ESS in Sweden where he was head of the Neutron Instruments Division, overseeing the development, selection and construction of the ESS instruments. His research interests center around the design and optimization of neutron instruments for both steady-state and pulsed neutron sources.

The instrument suite of the European Spallation Source...