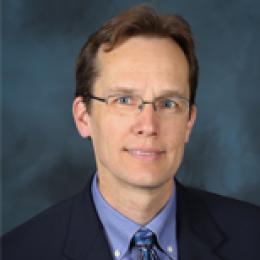 Hans Christen received a Ph.D. in Physics from the Ecole Polytechnique Fédérale, Lausanne, Switzerland, in 1994 for research performed at the IBM Zurich Research Laboratory. After a post-doctoral appointment at ORNL, he joined Neocera, Inc., where he worked on development of pulsed-laser deposition equipment and scanning microwave measurements. He joined ORNL as a staff member in 2000 and led the Thin Films and Nanostructures Group from 2006 to 2013. In 2013, he became Associate Division Director within the Materials Science and Technology Division. He served as ORNL Manager for the DOE Materials Sciences and Engineering Program from 2011 to 2013. From January 2014 through August 2018, he led the Center for Nanophase Materials Sciences, before taking the role of Director, Neutron Scattering Division, in September 2018. Hans’s research has focused on the effects of epitaxial strain, spatial confinement, and interfacial mechanisms on the properties of complex-oxide thin films, in particular ferromagnetic, ferroelectric, and multiferroic perovskites.