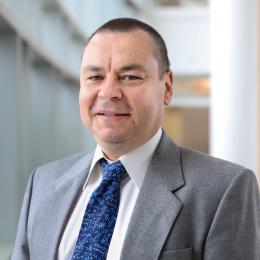 Dr. Ehlers joined Oak Ridge National Laboratory in 2003 to lead the construction of the Cold Neutron Chopper Spectrometer (CNCS) at beam line 5 at the Spallation Neutron Source (SNS). CNCS is a high-resolution, direct geometry, cold neutron, inelastic multi-chopper spectrometer, designed to make use of neutrons in the energy range below 50 meV. Dr. Ehlers led the construction of the instrument from 2003 to 2007 and its operation until 2017. In 2017 he assumed a more general role in the Neutron Technologies Division (NTD) to coordinate neutron instrumentation upgrade programs both at HFIR and at SNS. In 2019 became the head of the newly formed Neutron Instrument Technologies Section in NTD.
Before joining ORNL, Dr. Ehlers worked at the Institute Laue-Langevin (ILL), a leading European neutron research facility situated in Grenoble, France for six years. At ILL he was an instrument scientist for the spin-echo spectrometers IN11 and IN15, and established a research program using the neutron spin echo technique in the study of geometrically frustrated and other exotic magnetic materials. While at ILL, he also helped launch a project to build a new spin echo instrument known as the Wide Angle Neutron Spin Echo Spectrometer Project (WASP).
Dr. Ehlers has published more than 200 research articles in international peer reviewed journals. He is a referee for the APS journals, the Journal of Physics Condensed Matter, Physical Chemistry Chemical Physics, and Nuclear Instruments and Methods.

Strongly Anharmonic Phonons and Their Role in Superionic Diffusion and Ultralow Thermal Conductivity of Cu7PSe6...