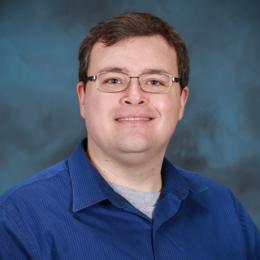 Chris Brumgard is an HPC Systems Engineer with the Technology Integration Group at the National Center for Computational Sciences (NCCS) Division at ORNL.

He specializes in distributed systems and data logistics, ensuring the time and space positioning of data matches its criticality. He has prior experience having worked in several HPC environments including Oak Ridge National Laboratory under the XSEDE and DataOne projects. From 2010 to 2012, he was a researcher and developer for ACCRE at Vanderbilt University. He has collaborated with large-scale data-intensive organizations like the LHC project and AmericaView, developing software to distribute and maintain their data over the wide area while providing quick access for local computing tasks.
Currently, with TechInt he is involved in the SymphonyFS and Multi-tiered Storage projects.

Building an Integrated Ecosystem of Computational and Observational Facilities to Accelerate Scientific Discovery...