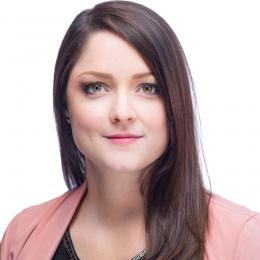 Amy Elliott “caught the STEM bug” from FIRST Robotics, leading to her majoring in mechanical engineering at Tennessee Tech University, where she continued learning hands-on fabrication by building and racing student competition vehicles (Baja SAE and NASA Moonbuggy) and interning at various NASA centers. Because of Amy’s fabrication experience, she was cast on Discovery Channel’s The Big Brain Theory, a reality show competition for engineers, where she placed 2nd out of 10 contestants.

Amy graduated with a PhD from Virginia Tech, where she was project lead for the world’s first 3D printing vending machine, the DreamVendor. Amy is now an R&D staff member at Oak Ridge National Laboratory’s Manufacturing Demonstration Facility where she meets with industry from across the nation to consult them on proper application of 3D printing technologies. She conducts research in the areas of inkjet-based metal and ceramic 3D printing and holds several patents. In her free time, Amy tinkers with hobby 3D printers and films as a science-personality for the Science Channel’s Outrageous Acts of Science, explaining the engineering and science behind viral video clips.