Mechanism for Acetone and Crotonaldehyde Production during Steam Reforming of Ethanol over La0.7Sr0.3MnO3–x Perovskite: Evi...

A mechanistic study was conducted on the catalytic conversion of ethanol over La0.7Sr0.3MnO3–x perovskite catalysts in the presence and absence of water. The study sought insights into the path of C–C coupling toward acetone and crotonaldehyde and also into clarifying whether the lack of previous reports of C–C coupling over La0.7Sr0.3MnO3–x(100) could be due to a “pressure gap”. Several types of experiments were performed at 400–800 K: flow experiments with a torr range reactant gas flown over La0.7Sr0.3MnO3–x powders; ultra-high vacuum experiments with continuous gas exposures to a La0.7Sr0.3MnO3–x(100) single-crystal sample; and torr range continuous gas exposures to a La0.7Sr0.3MnO3–x(100) single-crystal sample. When ethanol and water were flown over La0.7Sr0.3MnO3–x powders at 400–800 K, the products detected were ethene, acetaldehyde, acetone, crotonaldehyde, CO, CO2, and H2. Acetone was catalytically produced over both the La0.7Sr0.3MnO3–x powder and the La0.7Sr0.3MnO3–x(100) single-crystal sample at temperatures of 700–800 K when reaction conditions were on the order of 1 Torr of reactant gas and with an excess of water relative to ethanol (1 ethanol/9 water). Isotopic labeling with deuterium was used to gain insights into the C–C coupling reaction mechanism and paths in species with three and four carbons (C3 and C4 species). Additionally, steady-state isotopic transient kinetic analysis (SSITKA) experiments + simulations using carbon labeling of the ethanol feed were performed. Three mechanistic paths were considered for the C–C coupling step: the first two paths, A and B, involve coupling between two intermediates which are both in oxygen vacancies; and the third path, C, involves coupling between one intermediate in an oxygen vacancy and one intermediate outside of an oxygen vacancy. The results suggest that the dominant path to the C3 product, acetone, depends on the conditions. The less active path (attributed to path A or B) occurs at 600–700 K and involves coupling between two irreversibly bound species. The more active path (attributed to path C) requires an excess of water, becomes dominant at 600–800 K, and involves coupling between one irreversibly bound species and one reversibly bound species. Based on these various observations from experiments and simulations, an elementary step is proposed for acetone formation involving a previously unreported C4 transition state that is formed after aldol addition. Density functional theory calculations were performed based on this hypothesis, and it confirmed that this specific and previously unreported aldol addition path to acetone does exist and that this path consistent with the experimental data. In this path, C–C formation occurs to create a C4 intermediate that is bound to an oxygen vacancy, then a hydrogen transfer with C–C bond breaking occurs that results in the production of the acetone molecule. The proposed mechanism is also consistent with the experimental observation that acetone formation has a greater than first-order dependence on the water vapor pressure. 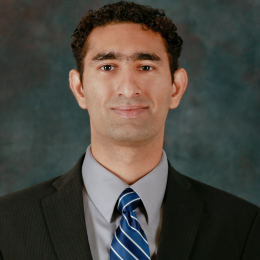