Pyrogenic organic carbon (PyC) is found in soils as a heterogeneous mixture of thermally altered plant residues that range in their susceptibility to losses via mineralization, leaching, and erosion. Leaching of PyC as DOC (DPyC) within the soil profile is likely influenced by the chemical composition of solid PyC and the dominant soil processes and properties at a particular depth. Here we report the results of a 2-year laboratory decomposition and leaching study designed to investigate the interactive effects of pyrolysis temperature levels (no pyrolysis, 300 °C, and 450 °C) and soil depth (surface soil, 0–10 cm depth; subsurface soil, 50–70 cm depth) on losses of 13C-labeled jack pine (Pinus banksiana) wood, wood pyrolyzed at 300 °C (PyC300) and wood pyrolyzed at 450 °C (PyC450) as dissolved organic carbon (DOC). Losses of wood and PyC in the 13C- DOC pool were measured in leachates drained from soils once a month over the course of 1 year, and at one single leaching event after 2 years. We found that pyrolysis temperature levels interacted with time and soil depth to affect losses of wood and PyC as DOC throughout the 1-year incubation and leaching study, with greater DOC losses from wood in surface soil (0.73 ± 0.076% of added C) than in subsurface soil (0.40 ± 0.063% of added C) averaged across sampling time. Monthly DOC losses from PyC were not affected by soil depth. Cumulative data indicated a small contribution of wood (2.86 ± 0.07%), PyC300 (0.40 ± 0.04%), and PyC450 (0.16 ± 0.01%) to total DOC leached from soils. DOC losses from wood and PyC300 (as a proportion of added C) were greater in surface soil than in subsurface soil, whereas DOC losses from PyC450 were unaffected by differences between surface and subsurface soil. Losses of DOC were greater from PyC300 than from PyC450 in surface soil, with no significant differences in DOC losses between PyC300 and PyC450 in subsurface soil. One single leaching event at the end of the 2-year decomposition study resulted in higher DOC losses from wood in subsurface soil than in surface soil likely due to desorption, and no differences in DOC losses between PyC300 and PyC450 regardless of soil depth. Our results suggest strong interactions between the initial physicochemical composition of organic C inputs and soil properties (soil depth as a proxy) that control the mobility and transport of PyC and should be better represented in Earth system models. 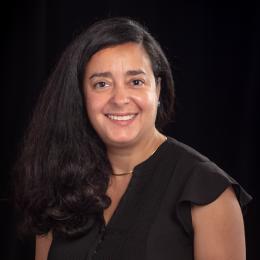