Development of a CPU/GPU portable software library for Lagrangian–Eulerian simulations of liquid sprays...

The Lagrangian–Eulerian method is widely used for simulations of fuel sprays in turbulent combustion because of the advantage of treating the spray droplets as discrete points. One challenge of the Lagrangian–Eulerian method is the intense computational requirement when tracking the large number of Lagrangian particles needed for high fidelity. We have developed a performance-portable library, Grit, to track the Lagrangian particles in parallel on central processing unit (CPU) and graphics processing unit (GPU) accelerated high performance computing (HPC) architectures. Grit is a C++ library which employs Message Passing Interface (MPI) for distributed memory parallelism and Kokkos programming model for on-node shared memory parallelism with performance portability across different architectures of GPUs and multi-core/manycore CPUs. The parallel algorithms, key parallel kernels, and their performances on the pre-exascale supercomputer, Summit, are presented. Grit is coupled with a direct numerical simulation (DNS) solver, S3D, for multiphase simulations. A conservative formulation has been developed and implemented in Grit for phase coupling with thermodynamic consistency. The formulation separates the conservation of mass, momentum and energy from the physical models to prevent accidental violation of conservation laws due to inconsistent models. The formulation also enforces consistent definitions of enthalpies of the fuel for both phases and the latent heat of evaporation. Simulations of turbulent particle-laden flow and the evaporation of dilute turbulent spray jet are performed to verify the software implementation, and to demonstrate the scalability of Grit for large-scale multiphase simulations. 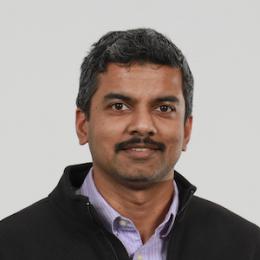