A comprehensive analysis of the crop effect on the urban-rural differences in land surface phenology...

The response of land surface phenology (LSP) to the urban heat island effect (UHI) is a useful biological indicator for understanding how vegetated ecosystems will be affected by future climate warming. However, vegetation cover in rural areas is often dominated by cultivated land, whose phenological timing is considerably influenced by agricultural managements (e.g., timing of sowing and harvesting), leading to biased conclusions derived from the urban-rural LSP differences. To demonstrate this problem, we investigated the crop influence on the phenological response to a warmer environment resulting from the UHI effect. We partitioned cities in the United States into cultivated and non-cultivated categories according to the proportion of crops in rural areas. We then built continuous buffer zones starting from the urban boundary to explore the urban-rural LSP differences considering the UHI effect on them. The results suggest crop inclusion is likely to lead to >14 days of urban-rural differences at both the start of the season (SOS) and the end of the season (EOS) between cultivated and non-cultivated cities. The temperature sensitivity (ST) of SOS is overestimated by approximately 2.7 days/°C, whereas the EOS is underestimated by 3.6 days/°C. Removing crop-dominated pixels (i.e., above 50 %) can minimize the influence of crop planting/harvesting on LSP and derive reliable results. We, therefore, suggest explicit consideration of crop impacts in future studies of phenological differences between urban and rural areas and the UHI effect on LSP in urban domains, as presented by this comprehensive study. 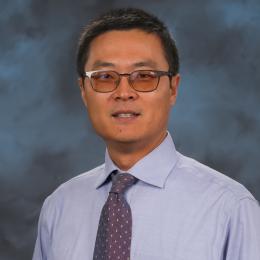