Witold “Witek” Nazarewicz is an international leader in theoretical nuclear physics and is widely recognized as a principal driving force behind research on the physics of exotic nuclei. A Physics Division staff member since 1996, he served as scientific director of the Holifield Radioactive Ion Beam Facility from 1999 to 2011, guiding the program to many experimental breakthroughs in the areas of rare isotopes and nuclear astrophysics. He is the recipient of the prestigious Bonner Prize in nuclear physics from the American Physical Society.

He has also been a leader in nuclear physics community for many years, serving on advisory committees such as the US Department of Energy/National Science Foundation Nuclear Science Advisory Committee, the National Academy Rare Isotope Science Assessment Committee, and two Board of Physics and Astronomy Assessment and Outlook Committees for Nuclear Physics (2000 and 2012) as well as holding several posts with the APS Division of Nuclear Physics. He led the UNIDEF SciDAC-II Project and is now the scientific director of the NUCLEI SciDAC-III Project.

He has published more than 340 journal articles, nine reviews, 5 books, and 165 conference proceedings, with more than 16,000 citations. He has also organized or co-organized 66 conferences, symposia, and workshops.

Nazarewicz holds professorships at the University of Tennessee, Knoxville, where he is the James McConnell Distinguished Professor of Physics, and at Warsaw University. He received his doctorate in physics from Warsaw’s Institute for Nuclear Research.

He was named a corporate fellow in 2013. 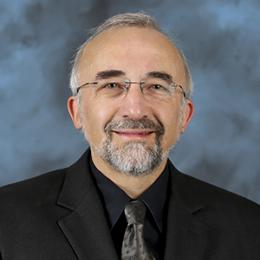