Dr. Sikka has been recognized as one of the world's leading scientists in the processing and properties of materials, particularly intermetallic alloys. He became the leader of the Materials Processing Group in the Metals and Ceramics Division at ORNL in 1986 and has helped the Materials Processing Laboratory to gain an international reputation as a comprehensive processing research facility. He holds 24 patents and has 18 patent applications.

In 1982, he developed a modified 9Cr-1Mo (Super 9Cr-1Mo) alloy, which is currently in use worldwide and is produced in the United States, Japan, France, and Germany. He was the first (since the start of research on this metal in the late 1800s) to obtain 20% ductility for iron aluminide. In 1986, he discovered superplasticity in NiAl.

Among his many other technical achievements, Sikka has identified alloy compositions for ethylene cracker applications; developed a new method for applying and rapid fusing of coatings; and developed a flash annealing process for low cost cold rolling of intermetallic sheet, which is in commercial use. He also co-developed an infrared-based method for the assembly of a polymer boot to steering wheel assembly, now in production use at most automotive manufacturing companies.

Through the years, Sikka has received six R&D 100 Awards. He has received two Awards of Excellence in Technology Transfer from the Federal Laboratory Consortium and two Advanced Technology Awards from The International Hall of Fame. He has also received an award from the American Museum of Science and Energy Foundation for Technological Achievement. He has received an Industry Recognition Award from the U.S. Department of Energy for contributions to increasing energy efficiency and to improving environmental benefits and competitiveness in U.S. industry. He has also received the University of Cincinnati College of Engineering's Distinguished Alumnus Award. In addition, he has received several corporate technical achievement awards, a Lockheed Martin NOVA Award for Teamwork, and a Martin Marietta Energy Systems Inventor Award. He has placed first or second numerous times in the optical microscopy category of the Metallographic Exhibit of the International Metallographic Society/American Society for Metals.

Sikka has written more than 200 articles in open literature publications. He has served more than 12 years on the International Materials Reviews Committee. He serves as a reviewer for research proposals to the National Science Foundation and to Small Business Innovation Research. He is a past member of task groups for the Federal Laboratory-Steel Industry Initiative and the thermal aging effects for the Nuclear Systems Materials Handbook. Sikka is a member and fellow of ASM International and an active participant in the Minerals, Metals and Materials Society and the Materials Research Society.

He was named a corporate fellow in 2001. 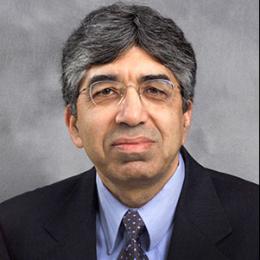