Dr. Sergei Kalinin earned his MS in materials science from Moscow State University in 1998 and his PhD in materials science and engineering from the University of Pennsylvania in 2002. He joined ORNL as a Eugene P. Wigner Fellow in 2002. Dr. Kalinin’s career at ORNL is highlighted by his groundbreaking contributions to ORNL’s efforts to address US Department of Energy (DOE) Basic Energy Sciences (BES) program objectives, first as a staff member in the Condensed Matter Sciences Division, then as a staff member at the Center for Nanophase Materials Sciences (CNMS), and in his capacities as theme leader for Electronic and Ionic Functionalities at CNMS (2007–2016) and as director of ORNL’s Institute for Functional Imaging of Materials (IFIM, 2014–2019). Dr. Kalinin is currently Data NanoAnalytics Group Leader at CNMS.

Dr. Kalinin became a Corporate Fellow in July 2020. He has served the DOE as a technical program manager for the Small Business Innovation Research program and as a reviewer for Early Career Award proposals and BES Materials Sciences and Engineering Division (MSED) Field Work proposals. He has also participated on multiple DOE panels and workshops. Dr. Kalinin is also an joint professor at the University of Tennessee–Knoxville. He has been a faculty member at the Bredesen Center for Interdisciplinary Research and Graduate Education since 2010.

Dr. Kalinin’s contributions to the fields of advanced multifrequency scanning probe microscopy (SPM), electromechanical SPM, piezoresponse force microscopy (PFM), and electrochemical strain microscopy (ESM) have defined the state of the art in materials characterization and provided an unparalleled mechanistic understanding of materials behavior and functionality at the nanometer scale. He propelled ORNL to the forefront of a new paradigm in imaging and atomic-level fabrication that promises to open new pathways in science that combine atom-by-atom nanofabrication with artificial intelligence/machine learning methods for controlling and building atomic assemblies in 3D and fundamentally transitioning electron microscopy from a purely imaging tool to a platform to control and manipulate matter at the atomic level.

Dr. Kalinin’s awards include the Israel Pollack Distinguished Lecture at Technion (2019); the Zernike Institute Lecture at the University of Groningen (2018); the Blavatnik National Award for Young Scientists in Physical Sciences and Engineering (2018); the Medal for SPM from the Royal Microscopical Society (2015); the IEEE-UFFC Ferroelectrics Young Investigator Award (2010); the Burton Medal from the Microscopy Society of America (2010); ISIF Young Investigator Award (2009); Presidential Early Career Award for Scientists and Engineers (2009); the AVS Peter Mark Memorial Award (2009); R&D100 Awards (2008, 2010, 2016, 2018); the American Ceramic Society (ACerS) Robert L. Coble Awards (2009); and the ACerS Ross Coffin Award (2003). He is a Fellow of the Materials Research Society (MRS), the American Physical Society, the Institute of Physics, the Foresight Institute, the Institute of Electrical and Electronics Engineers (IEEE), and the America Vacuum Society. Dr. Kalinin was named as a Highly Cited Researcher by Clarivate Analytics in 2018 and is listed as one of the top 100 Russian physicists.

Many of Dr. Kalinin’s collaborations within ORNL, with scientists at other US institutions, and scientists at international organizations have resulted in high-visibility research efforts and seminal publications. Dr. Kalinin is a member of the MRS Board of Directors. He also has organized MRS Bulletin issues on Nanoelectromechanics (2009) and Atom by Atom Fabrication by Beams and Probes (2017), served as an MRS volume organizer in 2012, and served as an organizer of domestic and international MRS meetings. In these capacities, Dr. Kalinin has actively contributed to the visibility and sustained success of CNMS and ORNL research programs. He currently serves as an editor for NPJ Computational Materials and is an editorial board member for Nanotechnology. He has served as a member of the IEEE Ferroelectric Committee and serves on the advisory boards of major and SPM conferences. He has edited three books on SPM and co-edited a two-book collection on big data and machine learning in the physical sciences.

Dr. Kalinin has engaged with young scientists at a high level since joining at ORNL. He is well-known for attracting many young scientists to ORNL, many of whom are now becoming leaders in their respective fields. 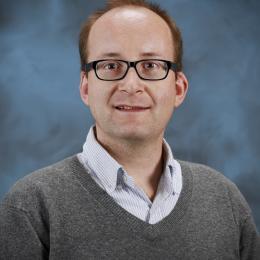