He was head of the Theory Section from 1968 until 1984 and was the group leader for the Semiconductor Physics Group from 1974 until 1988. He has been a visiting research professor at Uppsala and Gothenburg, Sweden, and at the University of Erlangen-Nürnberg, where he was a recipient of a Distinguished Senior Scientist Award from the Alexander von Humboldt Foundation.

Dr. Wood's research interests have been concentrated in the areas of electronic and vibrational properties of defects in crystals, lattice dynamics and neutron scattering, optical properties of solids, superconductivity, the effects of laser radiation on semiconductors, the use of lasers to fabricate high-efficiency solar cells and other devices, and the formation of metastable materials by ultrarapid solidification. He has published extensively in these areas; given numerous invited talks; and served on various conference organizing committees in different capacities, including chair of the 1977 International Conference on Defects in Insulating Crystals and co-chair of the First International Conference on Neutron Transmutation Doping.

He was the 1980–81 national lecturer for the Institute of Electrical and Electronics Engineers Electron Devices Society. He has received several awards and patents for his work on transmutation doping and laser processing of semiconductors. Dr. Wood is a fellow of the American Physical Society and the American Association for the Advancement of Science and is a senior member of the Institute of Electrical and Electronics Engineers.

He was appointed a corporate fellow in 1984. 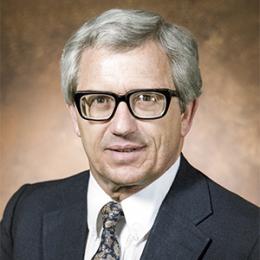