Dr. M. Parans Paranthaman earned his BSc and MSc in chemistry from Madurai Kamaraj University, Madurai, India, in 1980 and 1982 and his PhD in solid-state chemistry and materials science from the Indian Institute of Technology, Madras, in 1988. Following postdoctoral work at the University of Texas, Austin, and at the University of Colorado, Boulder, he joined the Chemistry Division at ORNL in 1993. He is currently a distinguished corporate fellow and group leader of the Materials Chemistry Group in the Chemical Sciences Division, with a joint appointment to the University of Tennessee, Knoxville, Bredesen Center for Interdisciplinary Research and Graduate Education.

Over the last 25 years, Dr. Paranthaman has established himself as one of the leaders in synthesis, research and development, and commercialization of new materials for advanced energy technologies. He is internationally recognized for his ability to create new materials as innovative solutions to problems in energy science and to translate fundamental knowledge into new technology and intellectual property. He helped pioneer the development of the next generation of high temperature superconductor wires and tapes by the growth of epitaxial buffer layers on textured rolling-assisted biaxially textured substrates and ion-beam-assisted deposition templates. More recently, his research has led to flexible silicon-based solar cells, radiation resistant polymer composites, permanent magnets by additive manufacturing, lithium separation from geothermal brine, durable and optically transparent superhydrophobic thin film coatings, and a process to recover carbon from recycled tires for composite electrodes for low-cost, high performance lithium- and sodium-ion batteries and supercapacitors. His contributions have had an enormous impact on the field of materials chemistry and applied technology; on the research of scientists throughout the world; and on society, tangibly impacting our daily lives.

Dr. Paranthaman has authored or coauthored more than 380 peer-reviewed journal articles with an h-index of 59 (google scholar) and over 50 book chapters/conference proceedings and coedited six books/journal issues. He has more than 63 inventions, including 35 awarded US patents and 28 patent applications/invention disclosures, and more than 20 of his patents have been licensed and commercialized.

Dr. Paranthaman’s contributions have been recognized by both ORNL and the scientific community through numerous awards. He has been elected as a fellow of five technical societies: the Materials Research Society (only the top 0.2% of MRS members); American Association for the Advancement of Science; American Ceramic Society; ASM International; and the Institute of Physics, London. He was named Lockheed-Martin Scientist of the Year in 1997 and UT-Battelle Inventor of the Year in 2016 and has received 3 DOE Outstanding Mentor Awards, an Energy 100 Award, a Nova 50 award, 6 R&D 100 awards, and 3 national and 2 regional Federal Laboratory Consortium awards for technology transfer and commercialization.

Since 2004, he has served as the associate editor for the Journal of the American Ceramic Society, and he has served on the editorial boards of numerous journals.

He has a passion for mentoring and supporting the next generation of scientists and is an enthusiastic advocate of the ORNL early career and internship programs. He has mentored more than 107 researchers during the last 10 years, including 10 postdoctoral researchers, 4 visiting faculty members, 3 graduate students, 42 undergraduate students, and 48 high school teachers.

He was named a corporate fellow in 2017. 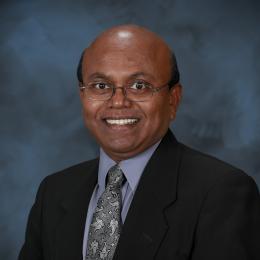