Nancy J. Dudney received a B.S. degree in chemistry from the College of William and Mary, and a Ph.D. in ceramics from the Massachusetts Institute of Technology. While a student, she was inducted into Phi Beta Kappa and became a member of Sigma Xi. Also while a student, she was awarded the American Institute of Chemists Outstanding Senior Award. She began her career at ORNL in 1979 as a Eugene P. Wigner Fellow and is now a distinguished research staff member in the Materials Science and Technology Division.

Dr. Dudney is internationally recognized as a leader in the field of energy storage. Her research has inspired major new areas of battery research and has led to development of commercial energy storage systems that have unprecedented safety, power density, and compact size. She has been a principal investigator and a leader in both basic and applied science and has published fundamental research and has translated her discoveries into technology used by industry. Her deep understanding of the fundamentals of materials combined with her drive to find practical applications for her discoveries continues to inspire her colleagues around the world and helps to cultivate the identity of ORNL as a translational research institution.

Dr. Dudney is most widely known for her leadership in the development of the lithium phosphorus oxynitride (lipon) solid-state electrolyte, which makes it possible to build thin-film batteries into integrated circuits on commercial fabrication lines. Dr. Dudney continues her iterative exploration of materials for battery components and their interactions in an effort to improve battery energy density.

Dr. Dudney is a UT-Battelle Distinguished Inventor and holds more than 14 issued patents and has more than 8 patents pending. She is the author or co-author of more than 150 publications and was the lead editor of the second edition of the Handbook of Solid State Batteries. Dr. Dudney is a fellow of the Electrochemical Society, where she serves on the Ways and Means Committee and the Battery Division Executive Committee, and she has been an associate editor of the Journal of the American Ceramic Society for more than 30 years. She has won a number of awards, among them four R&D 100 Awards, three Federal Laboratory Consortium Awards for Excellence in Technology Transfer, a YWCA Tribute to Women Award in the area of science and technology, and a Distinguished Scientific Achievement Award from the Association of Women in Science.

During her career, Dr. Dudney has mentored numerous postdoctoral researchers and graduate students and has become a role model for energy-storage researchers around the world.

She was named a corporate fellow in 2015. 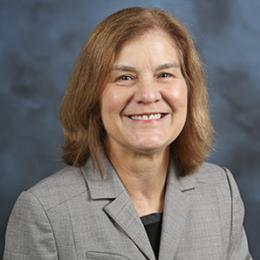