Dr. Ramsey has been active in the area of single-molecule detection in liquids for a number of years. The microdroplet format for single-molecule detection through laser-induced fluorescence was developed in his laboratory. This approach has led to unprecedented detection capabilities for single fluorophores in liquids. Moreover, the microdroplet format has led to the discovery of cavity quantum electrodynamic effects for molecular transition moments within spherical resonators. These effects result in enhanced fluorescence yields over those observable under free-space conditions and ultimately enhanced detectability.

Dr. Ramsey is best known for his pioneering efforts in demonstrating microfabricated chemical measurement devices, or what has become to be known as "laboratory-on-a-chip" technology. These devices have allowed conventional laboratory measurements to be made with performance enhancements of several orders of magnitude over conventional laboratory-scale experiments. The technology is presently being adapted by a number of research institutions and corporations throughout the world and promises to be a major paradigm shift for chemical and biochemical experimentation.

Dr. Ramsey has published more than 150 papers and presented more than 225 invited and plenary lectures internationally in his areas of interest. He has also won several corporate technical achievement awards for his research activities, including the ORNL "Scientist of the Year" and a Lockheed Martin NOVA Award in 1996.

He was appointed a corporate fellow in 1997. 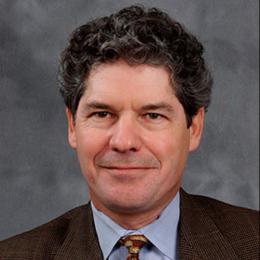