L. A. Boatner received B.S. and M.S. degrees in physics from Texas Tech University in 1960 and 1961, and in 1966, he received a Ph.D. degree in physics from Vanderbilt University. He joined the ORNL Solid State Division in 1977, after a three-year research appointment at the Ecole Polytechnique Federale de Lausanne in Switzerland. Dr. Boatner’s research activities have included investigations of the static and dynamic Jahn-Teller effect; electron paramagnetic resonance studies of rare-earth, iron-group, and actinide ions in crystalline materials; the growth and properties of ferroelectric materials; the development and characterization of advanced nuclear waste forms; the growth of single crystals; and ion-damage and epitaxial-regrowth studies of insulating oxides. Most recently, Dr. Boatner’s research efforts have been associated with the development and characterization of “smart” nanocomposite surfaces, the application of resonance techniques to the study of textured ceramics, the application of single crystals of stainless steel to investigations of the physics of solidification and microstructural development in alloys, and the development of new scintillator materials and devices for radiation detection applications.

Dr. Boatner is a fellow of the American Physical Society; the American Ceramic Society; the Mineralogical Society of America; the Materials Research Society; the American Association for the Advancement of Science; ASM International; and the Institute of Materials, Minerals, and Mining of the UK. He is the author or co-author of more than 550 research articles and holds 18 U.S. patents. Dr. Boatner has received a number of awards for his research, including R&D 100 Awards in 2010, 1996, 1985, and 1982; the DuBose-Crouse Award for Unique, Unusual, and New Techniques in Microscopy, presented by the International Metallographic Society and ASM International, 2009; the AACG Crystal Growth Award of the American Association for Crystal Growth, 2003; the Frank H. Spedding Award for Excellence in Rare Earth Research, 2002; a U.S. Department of Energy Research Competition Award, 1984; recognition as one of Science Digest’s 100 Top Innovators, 1985; a Federal Laboratory Consortium Award for Excellence in Technology Transfer, 1997; the Elegant Work Prize of the Institute of Materials, Minerals, and Mining of the United Kingdom, 1997; and the Jacquet-Lucas Award of ASM International and the International Metallographic Society, 1988. In 1998, he was named a corresponding member of the Academy of Sciences of Mexico.

Dr. Boatner has served as a review editor for The Journal of Materials Research, an associate editor of Optical Materials, the chair of the Committee on International Scientific Affairs of the American Physical Society (APS), and the chair of the Division of Materials Physics of the APS. He has served as the organizer, chair, or proceedings editor of numerous international conferences and as an officer, executive committee member, or committee chair of the Materials Research Society, APS, and ASM International. Dr. Boatner is currently the leader of the Synthesis and Properties of Novel Materials Group in the Materials Science and Technology Division at ORNL.

He was appointed an ORNL corporate fellow in 1992 and was named a Battelle Distinguished Inventor in 2011. 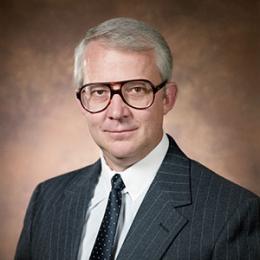