Dr. Mihalczo received his B.S. in mathematics from New York University in 1953, his M.S. in physics from New York University in 1956, and his Ph.D. in nuclear engineering from the University of Tennessee in 1970. In 1957 he completed studies at the Oak Ridge School of Reactor Technology. In 1970 he was appointed a Ford Foundation Professor at the University of Tennessee. His association with the university continues, and he is now a professor in the Nuclear Engineering Department and mentors students on assignment at ORNL. Dr. Mihalczo is a fellow of the American Nuclear Society.

Dr. Mihalczo worked at the Curtiss Wright Corporation from 1953 to 1958 on nuclear propulsion and on a wide variety of other nuclear reactor applications. He joined the Neutron Physics Division of ORNL in 1958 as a researcher at the Oak Ridge Critical Experiments Facility until 1973, at which time he joined the Instrumentation and Controls Division. At the Critical Facility, he performed a wide variety of experiments related to reactor design, nuclear criticality safety, and reactor physics. At the Instrumentation and Controls Division, his work focused on development of measurements for subcritical fissile systems and led to a subcriticality measurement method known in Japanese literature as "the Mihalczo Method." His current work is focused on development of a measurement method for nuclear criticality safety, nuclear material safeguards, and radiation detection developments for Arms Control and Nonproliferation.

He has served since 1989 on a U.S. Department of Energy Advisory Panel for the Office of Arms Control and Nonproliferation. Recent work has led to a fissile mass flowmeter for monitoring the blend-down of enriched uranium from Russian nuclear weapons to low enriched uranium for reactor fuel, and a nuclear weapons identification system (NWIS). NWIS is employed at the Oak Ridge Y-12 Plant for verification of nuclear weapons components in containers and is being transferred to two Russian scientific institutes.

Although much of his work has been and is still in classified areas, Dr. Mihalczo has published 53 journal papers, presented 241 papers at scientific meetings, and published 92 reports, which have led to 376 citations by others. His work has also resulted in several patents.

Dr. Mihalczo was appointed a corporate fellow in 1998. 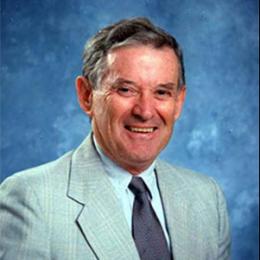