Corum's research and development career at ORNL has focused on the mechanics of materials and structures. He is recognized for playing a lead role in developing and establishing the structural design methodology that is vital to safe and reliable nuclear power. His career has been marked not only by personal research contributions, but by leadership roles in team efforts that have produced structural design analysis methods and have established design criteria that are used in the United States and around the world.

He is active in efforts within the American Society of Mechanical Engineers (ASME) Boiler and Pressure Vessel Code to establish improved elevated-temperature design rules for nuclear and nonnuclear components. He has also served the U.S. Department of Energy by chairing technology and program coordination groups and coordinating foreign exchange activities in areas relating to structural mechanics and materials. His contributions have brought him worldwide recognition in the area of structural mechanics for nuclear reactor technology. In recent years, Corum has refocused his interests and experience on advanced automotive materials. He and his group are responsible for characterizing and modeling the durability and damage tolerance of structural composites for automotive applications and for developing a design guide for automotive designers.

Corum has published some 47 papers and 43 reports related to materials and structures, one of which received the 1993 Outstanding Paper of the Year Award from the ASME Journal of Pressure Vessel Technology. He is a fellow of ASME and was appointed a corporate fellow in 1992. 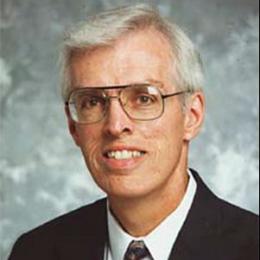