Since 1983, Plasil has led ORNL into the investigation of nucleus-nucleus collisions at "ultrarelativistic" energies at CERN, the European organization for nuclear research, in Switzerland. After a decade of experiments, ORNL has moved into a leading position in the PHENIX collider experiment, which is one of the two large experiments currently operating at the Relativistic Heavy Ion Collider (RHIC) at Brookhaven National Laboratory. About 450 physicists from more than 20 countries are participating in this experiment. More recently, Plasil has been working on a proposal for a neutrino facility, ORLaND, to be constructed at the Spallation Neutron Source (SNS) at ORNL.

Plasil has co-authored more than 250 professional articles in journals and books. Of particular note is a paper on the theory of rotating nuclei in the rotating liquid drop model. This paper defines the limits of stability of rotating nuclei formed in reactions with heavy ions. Considered a "classic" paper in this field, it has been referenced more than 1000 times.

In 1984, he received the Senior Alexander Von Humboldt Award in Germany. He also earned the 1998 E. Mach Honorary Medal for Merit in Physical Sciences of the Academy of Sciences of the Czech Republic. Plasil is a fellow of the American Physical Society.

He was named a corporate fellow in 1999. 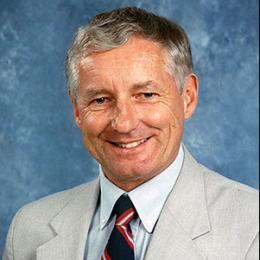