David C. Radford received his B.Sc. degree and his Ph.D. from the University of Auckland, New Zealand. He began his career at ORNL in 1997 and is currently a distinguished senior research staff member and leader of the Majorana and Advanced Detectors group. He has studied the precision measurement and properties of unstable nuclei during his career in ORNL’s Physics Division, particularly at the former Holifield Radioactive Ion Beam Facility.

Dr. Radford has contributed a number of innovations that have changed the field of gamma-ray detection. His contributions to the development of new instruments and computer algorithms are widely used in experiments testing theories about physics on the subatomic level. RadWare software, which he has developed, is used to analyze data from gamma-ray spectroscopy experiments worldwide. The software enables innovative analysis of large data sets and is central to the success of large germanium arrays such as GAMMASPHERE. His contributions to the GRETINA project are responsible for GRETINA being able to meet specifications, to operate as a practical device, and to pave the way for the larger GRETA project.

Dr. Radford plays a lead role in the Majorana collaboration, an experiment whose purpose is to take a first step toward observing neutrinoless double-beta decay in germanium-76. Such an observation would have profound implications for the nature of the neutrino and its role in the universe. Based on a theory by physicist Ettore Majorana, neutrinoless double-beta decay would be an extremely rare event, and its signature effects would be very difficult to discriminate from the noise that surrounds them. Dr. Radford has developed point-contact germanium detectors and associated software that will be used in the Majorana Demonstrator, a device whose success will decide the feasibility of proceeding with a proposed experiment that would further the research on a much larger scale.

Dr. Radford is a fellow of the American Physical Society and the author or co-author of more than 250 publications in refereed journals and conference proceedings. He is an adjunct professor at the University of North Carolina, Chapel Hill. In 1994, Atomic Energy of Canada Ltd presented Dr. Radford with the D. F. Torgerson Discovery Award.

Dr. Radford has been a member of numerous committees involved in detector development, and has chaired several of them. He has participated in numerous conference committees and reviews for the U.S. Department of Energy Office of Nuclear Physics and the National Science Foundation. He is also a referee for Physical Review Letters, Physical Review C, Nature, and Nuclear Instruments and Methods.

He was named a corporate fellow in 2015. 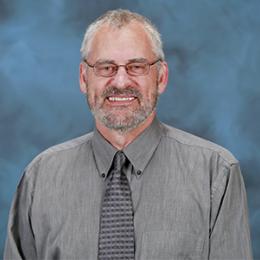