Charles Forsberg, a member of the Nuclear Science and Technology Division, has been with ORNL since 1975.

Forsberg began his career at ORNL as a research staff member in the Chemical Technology Division after earning a doctorate in nuclear engineering from Massachusetts Institute of Technology and two years of industry experience at Bechtel. He led research activities that successfully separated actinide and rare earth elements from acidic high-level waste solutions and provided leadership on nuclear waste management issues.

In 1995, Forsberg shifted his focus back to nuclear waste issues, developing and patenting approaches to depleted uranium waste disposition and leading the team that developed disposition options for uranium-233. He proposed separating short-lived strontium and cesium isotopes from spent nuclear fuel to significantly reduce heat loads in repository designs, a concept that is being intensively investigated by the Department of Energy to increase repository capacity.

Forsberg has been an adviser to the Nuclear Regulatory Commission, National Academy of Sciences and DOE on numerous issues related to nuclear technology and the hydrogen economy. He is a Fellow of the American Nuclear Society and recipient of the 2005 Robert E. Wilson Award of the American Institute of Chemical Engineers and 2002 American Nuclear Society Special Award for Innovative Nuclear Reactors. He has published more than 250 scientific papers and reports and been granted 10 patents.

He was named a corporate fellow in 2006. 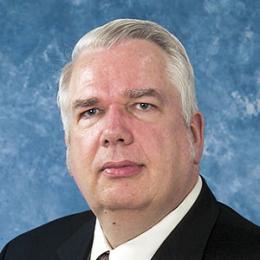