Bruce A. Moyer received a B.S. in chemistry from Duke University and a Ph.D. in inorganic chemistry from the University of North Carolina. As a student, he was inducted into Phi Beta Kappa and Phi Lambda Upsilon. He began his career at ORNL in 1979 and is now a distinguished research staff member in the Chemical Sciences Division and group leader of the Chemical Separations Group.

Dr. Moyer is a leading voice in separations science and technology whose research and innovations have had a lasting impact on the principles of molecular recognition for nuclear waste removal, nuclear fuel recycling, and recovery of critical materials. He is renowned in the science community for contributions to the fields of solvent extraction and ion exchange and to recent technical advancements in anion separations. Dr. Moyer is leading a collaborative team of national laboratory and university researchers to develop a more efficient separations method for americium and other minor actinides that would allow for a closed nuclear fuel recycle option. He also is leading a nationwide effort to diversify the supply of critical materials for clean energy as a focus area lead in the Critical Materials Institute, one of the US Department of Energy’s (DOE’s) Energy Innovation Hubs.

Dr. Moyer is widely known for his leadership in the removal of radioactive cesium from high-level waste tanks at the Savannah River Site. His research was instrumental in the chemical development of the caustic-side solvent extraction (CSSX) process used for the cleanup. Since 2008, the site has processed more than 6 million gallons of high-level waste using CSSX, and Dr. Moyer’s leadership in developing the next generation of this process will further increase throughput rates and drastically decrease costs. This extraordinary work was recognized with multiple awards, including the Secretary of Energy Achievement Award in 2013.

Dr. Moyer holds 11 patents in separations science and technology. He has written more than 140 publications, 15 book chapters, and 28 proceeding papers; edited three books on solvent extraction; serves as coeditor for Solvent Extraction and Ion Exchange and the book series Ion Exchange and Solvent Extraction; and served 16 years on the editorial board for Hydrometallurgy. He has won numerous individual and collaborative awards, among them a R&D 100 Award for the development of an anion exchange resin for groundwater cleanup. He is an active member in the American Chemical Society and the American Nuclear Society and has presented nearly 400 times at conferences worldwide.

During his career, Dr. Moyer has mentored dozens of graduate students and postdoctoral researchers. In addition, his work with undergraduates earned him the DOE Outstanding Mentor Award. 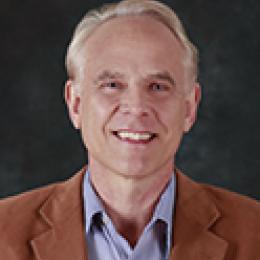