Brian Sales is a distinguished research scientist and group leader for the Correlated Electron Materials group at ORNL. Recently his work has focused on identifying and synthesizing new materials that challenge the current understanding of magnetism and superconductivity. He is particularly interested in the discovery of new thermoelectric, magnetic, and superconducting materials for energy-efficiency applications in areas such as transportation and electric power transmission.

Sales received his bachelor’s degree in physics at Carnegie-Mellon University and his doctorate in solid state physics at the University of California, San Diego. He has authored more than 290 peer-reviewed articles and 5 book chapters, and he holds 6 patents. His work has been cited more than 12,000 times; one of his Science articles, on filled skutterudites, is one of the most highly cited articles on thermoelectrics. He was named ORNL’s 1985 Inventor of the Year, honored with the UT-Battelle Distinguished Scientist of the Year at ORNL in 2007, elected as a fellow of the American Physical Society in 1998, and awarded one of the first Gordon Battelle awards in 2011.

He was named a corporate fellow in 2012. 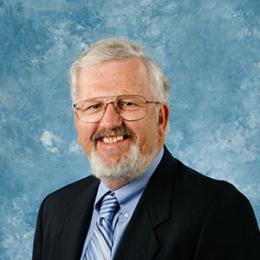