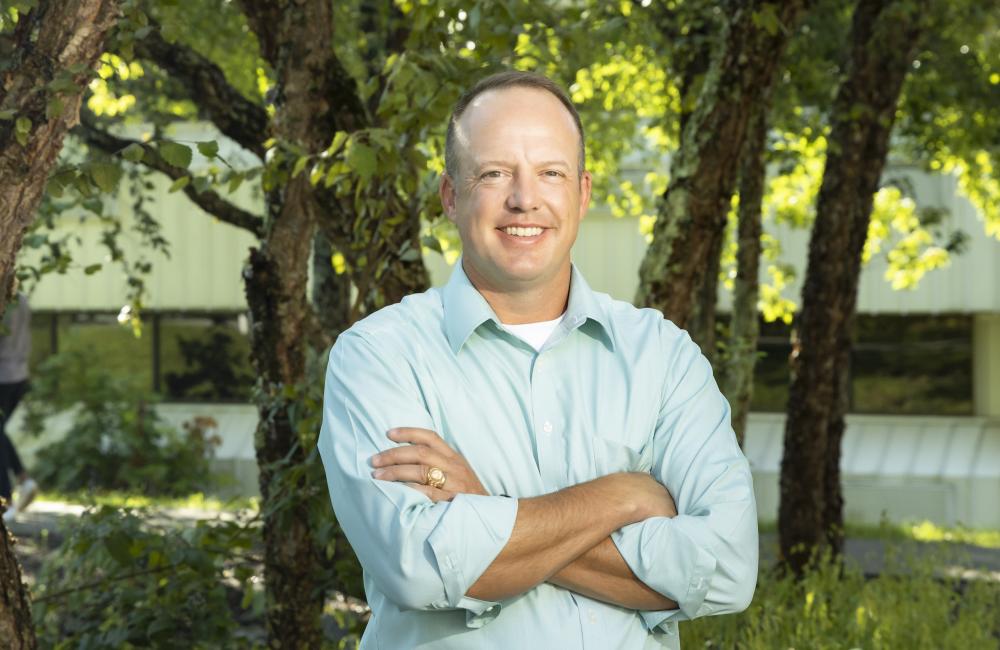 Lt. Col. Cooper poses near the pond at ORNL

Despite serving 19 years in the United States Air Force, Lieutenant Colonel Brett Cooper feels like a kid in a candy store as he begins his year as a military fellow at Oak Ridge National Laboratory (ORNL). The career military officer is looking forward to expanding his knowledge in nuclear technology from learning the latest in the nuclear fuel cycle to peaceful uses of nuclear science.

“There is a renaissance happening in the Air Force regarding nuclear modernization,” said Cooper. “I will take what I learn here at Oak Ridge and use the knowledge to inform the military on how to best update technology for sustainability and excellence.”

The National Security Sciences Directorate hosts military fellows for a one-year assignment starting in early summer. Military fellows have a technical background suitable to recognizing opportunities for the military to partner with a national laboratory. Out of about 250 lieutenant colonels, Cooper was one of two chosen to head to East Tennessee.

Cooper’s educational background is rich in aerospace and astronautical engineering, but he is anxious to learn more about nuclear science and application. His recent work on a $13 billion program to upgrade the Minuteman III intercontinental ballistic missiles to the modern Sentinel style introduced him to the National Nuclear Security Administration and the national security strategy required for nuclear deterrence.

The U.S. military is recapitalizing nuclear assets across land, sea, and air, said Cooper. The more he can learn about the latest in nuclear research and international safeguards, the better he can help the military position for peaceful deterrence of conflict.

The nuclear expertise spread across ORNL is not the only reason Cooper is excited to come to work each day. His desk is located a few floors above Frontier, the world’s fastest supercomputer. “Never in my wildest dreams would I have though I would walk by a supercomputer on the way to my desk,” he said.

From artificial intelligence to additive manufacturing to sustainable energy, there are several research areas at ORNL that coincide with Air Force investments. Though Cooper could spend days with every project or researcher featured on ORNL’s website, he’s interested in finding where ORNL and the Air Force intersect.

This juncture is where Cooper is most excited to give back to the lab. In addition to learning about the research work performed at ORNL, he hopes to encourage and grow relationships between the laboratory and Air Force communities.

With wide eyes and an open mind to be a sponge for the next year, Cooper is also interested in enjoying East Tennessee with his wife and kids. For the first time in his military career, he has the assignment of dropping the kids off at school in the morning.

“I’ve never done drop off. I’m getting to do so many firsts here.” 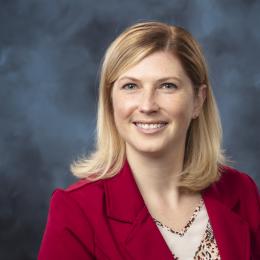