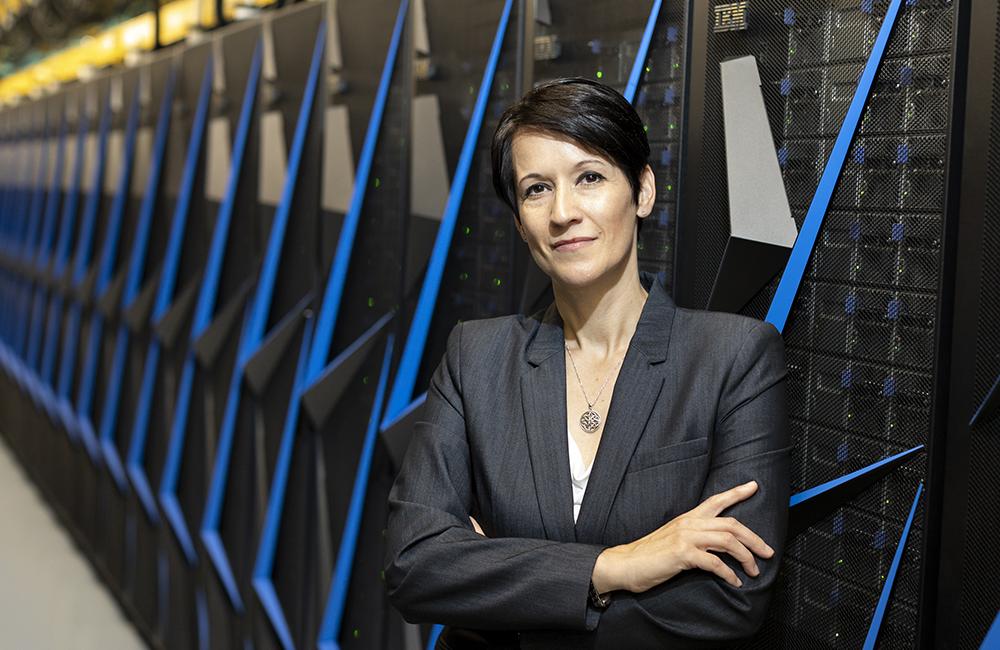 The Department of Defense has recognized UT-Battelle with a 2022 Secretary of Defense Employer Support Freedom Award, the highest recognition given by the United States government to employers for their support of staff members who serve as reserve members of the U.S. Armed Forces, known collectively as the Reserve component.

UT-Battelle manages and operates Oak Ridge National Laboratory on behalf of the U.S. Department of Energy.

“As a national laboratory, we have a commitment to meet the nation’s scientific and technical needs. Our guard and Reserve employees’ own commitment to the nation is integral to ensuring we meet the mission, and they help to make ORNL one of the leading scientific institutions in the world,” said ORNL Director Thomas Zacharia. “It’s an honor to be recognized by the Department of Defense.”

“I nominated UT-Battelle for the Freedom Award because they not only actively recruit veterans and current guard and Reserve members, but they also go above and beyond in support when those employees are mobilized or deployed, including benefits and recognition before, during and after deployment,” she said. 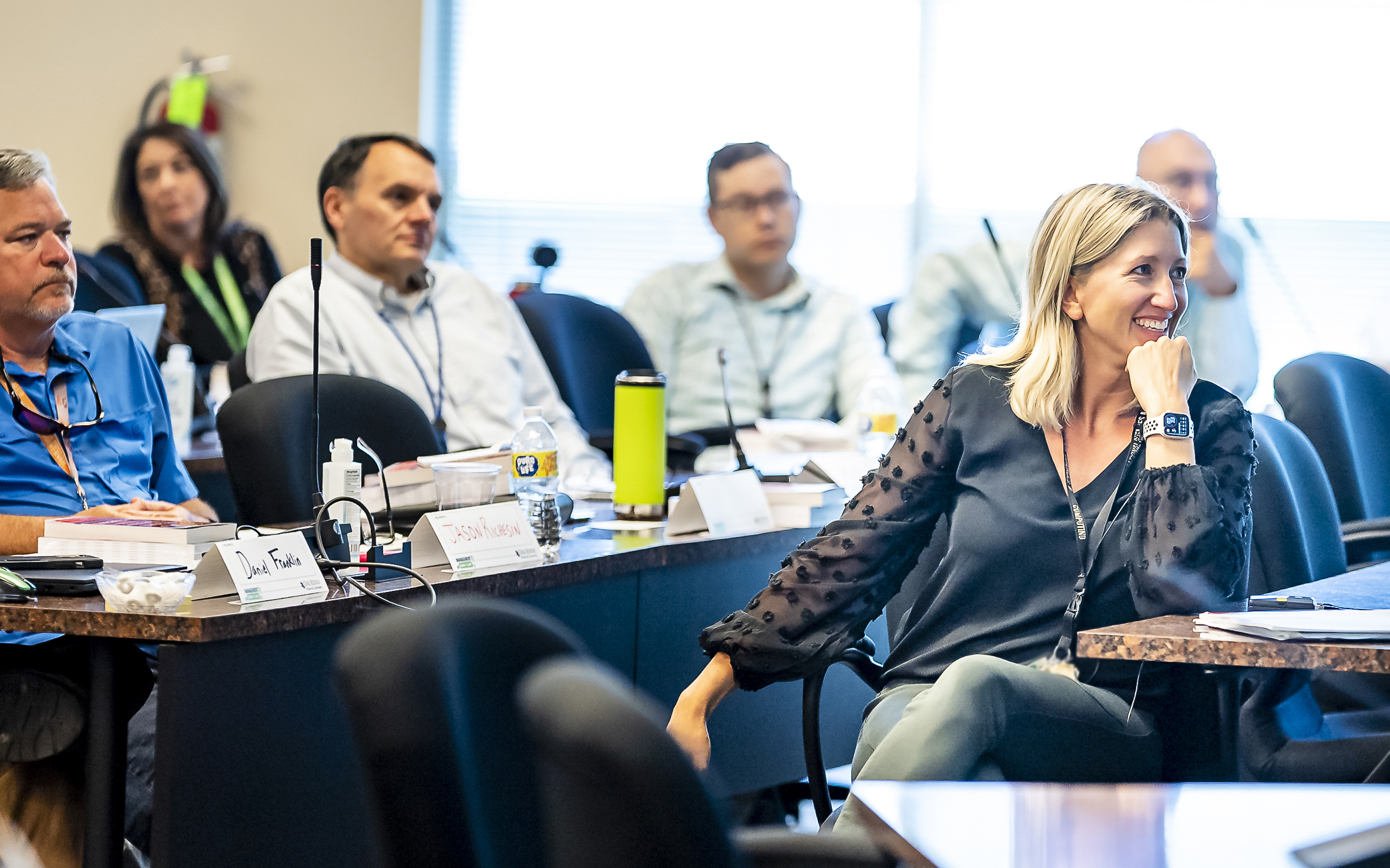 About 10% of ORNL’s staff are military reservists and veterans.

Nearly 40% of U.S. military personnel are in the guard and Reserve, according to the Employer Support of the Guard and Reserve organization. ESGR is a Department of Defense program — celebrating its 50th anniversary this year — that promotes cooperation and understanding between members of the Reserve components and their civilian employers.

The Freedom Award was created in 1996 to publicly recognize employers who provide outstanding support for their guard and Reserve employees and is presented annually by the Secretary of Defense. 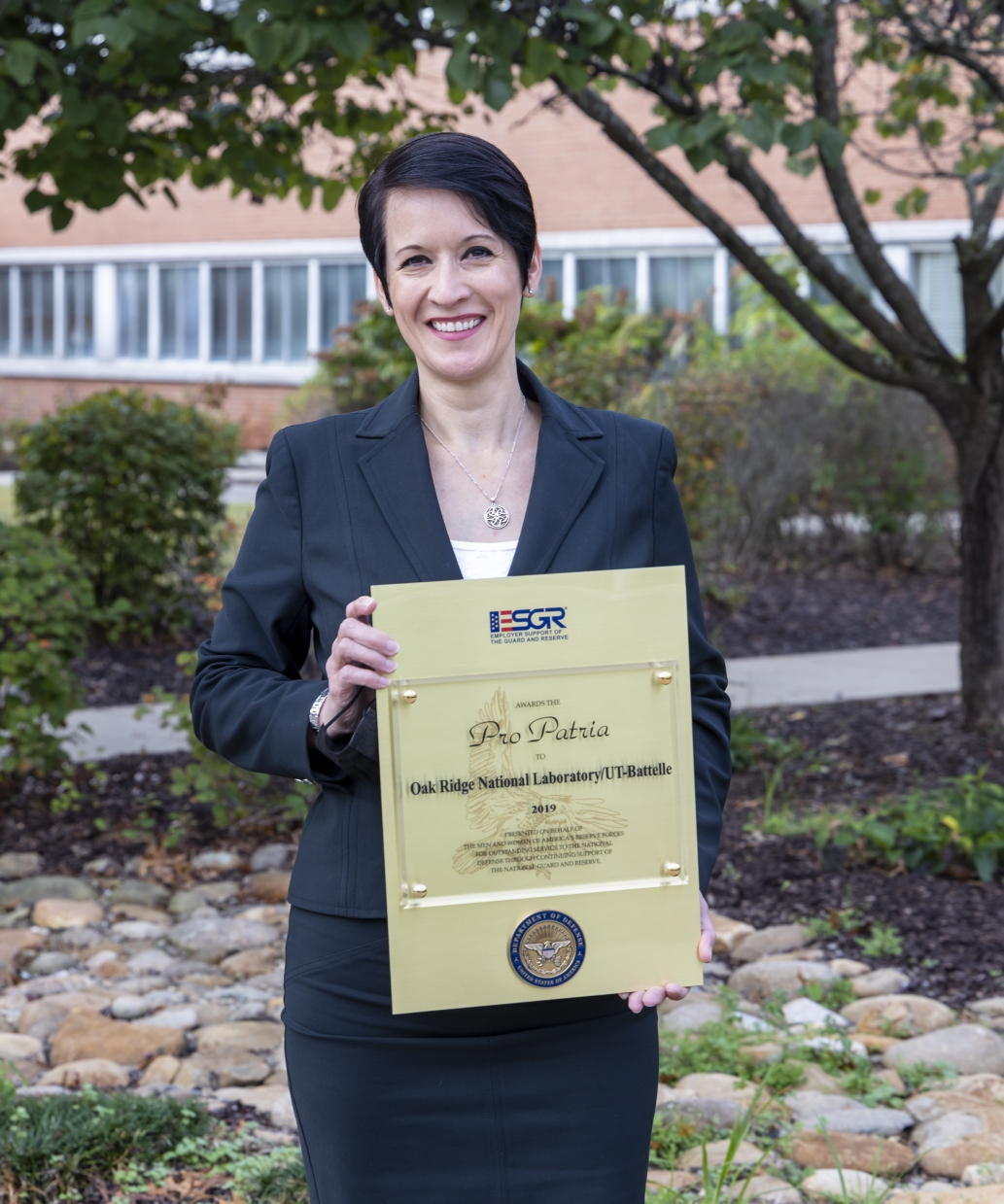 This year, 15 awards were presented to employers selected from more than 2,700 nominations in three categories – large business, small business and the public sector. Companies are nominated by a guard or Reserve component employee in their organization. To date, the Freedom Award has been granted to 325 honorees.

In 2020, UT-Battelle was also nominated and recognized as the top nominee from Tennessee for the Freedom Award and received a Pro Patria award, the highest recognition granted by the Tennessee ESGR committee.

“ORNL has a history of unmatched support for its employees who serve in the Reserve components,” said Jim Mungenast, chair of the Tennessee ESGR committee. “Dr. Zacharia, the leadership team and co-workers get behind all guard and Reserve employees and their families, with unparalleled support for them and their families during deployments and other duty. The Secretary of Defense’s selection of UT-Battelle for the Freedom Award is well deserved and serves as a model for employers nationwide.”

Mungenast also cited compensation and benefits while serving — 80 hours paid time off for normal military training and 173 hours if serving during emergencies — as an example of ORNL’s demonstration of commitment to guard and Reserve employees. For extended military duty, ORNL guard and Reserve employees receive a pay differential if their military pay is less than their ORNL salary. 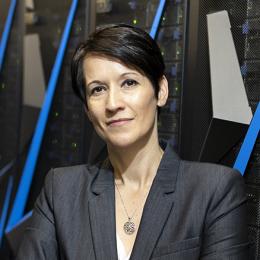