An international team of researchers used Summit to model spin, charge and pair-density waves in cuprates, a type of copper alloy, to explore the materials’ superconducting properties. The results revealed new insights into the relationships between these dynamics as superconductivity develops. Credit: Jason Smith/ORNL

A study led by researchers at the U.S. Department of Energy’s Oak Ridge National Laboratory used the nation’s fastest supercomputer to close in on the answer to a central question of modern physics that could help conduct development of the next generation of energy technologies.

“This is mostly about solving what’s now a decades-old problem,” said Thomas Maier, an ORNL physicist who led the study with researchers from the University of Tennessee and the Institute for Theoretical Physics ETH Zurich. “If we can answer the question of what’s the mechanism for superconductivity in certain correlated electron systems and understand the reasons for that behavior, then we can design materials to make the most of that behavior.”

Findings appeared in the Proceedings of the National Academy of Sciences.

The study used Summit, the Oak Ridge Leadership Computing Facility’s 200-petaflop IBM AC922 supercomputing system, to simulate interactions among a system of electrons within a solid. The simulations applied the Hubbard model, the most straightforward model of a system of interacting electrons in various dimensions, to explore how a class of copper alloys known as cuprates act as superconductors that transmit electricity with no loss of energy.

Cuprates can be used in power transmission and generation, high-speed magnetic levitation, or maglev, trains and medical applications, but generally display their full superconducting properties under extreme cold — typically hundreds of degrees below freezing. Explaining this superconductivity could crack the code to deliver superconductivity at room temperature and provide cheap, speedy and sustainable energy.

The Hubbard model, developed nearly 60 years ago and named for British physicist John Hubbard, posits a system of electrons within a 2D lattice. Each electron has a spin — either up or down, similar to the positive and negative poles of a magnet — and no two electrons of the same spin can occupy the same site. The first term of the model describes kinetic energy. In this term, the electrons move or “hop” back and forth between adjacent sites in the lattice and diagonally between their next nearest neighbors. The second term describes interaction energy and the energy increase if two electrons of opposite spin try to occupy a single site.

Hubbard didn’t design the model to explain electron behavior in superconductors like cuprates. Researchers have experimented with layers of copper and oxygen in search of a room-temperature superconductor and adjusted or “doped” the Hubbard model over the years to try to understand superconducting properties.

The doped models remove electrons, leaving “holes” that encourage the remaining electrons to form pairs that easily conduct electricity. Under the right conditions, the holes fall in line to form stripes, believed by scientists to compete with superconductivity, and the electrons form a wave pattern, known as a charge and spin density wave.

But those models so far fail to reliably explain or predict superconductivity in enough detail for practical use.

“The approaches we have to solve this problem are not exact, and the model in theory would be infinite in size with many distinct phases, which requires extremely large, complex calculations,” Maier said. “Energy differences can be tiny — less than a millielectron volt. We can try to approximate all this in a finite-sized lattice, but that approach neglects too many aspects and we end up with a lattice too small to draw the kind of robust conclusions we’re looking for. We need a simple model that describes all the physics and consistently produces the same results.”

Maier’s team received an allocation grant of 900,000 node hours on Summit via the DOE’s Innovative and Novel Computational Impact on Theory and Experiment, or INCITE, program

to explore the model in depth. The results revealed new insights into the relationships between electron spin and charge stripes, including when stripes form as superconductivity develops.

“These were some really heavy computations that couldn’t be done anywhere but on Summit,” Maier said. “We kind of took a chance, but it paid off because we finally had a machine that could support computations for a system large enough to see the stripes. This method allowed us to show that when the stripes show up in charge and spin, the superconducting correlations form a similar wave-like pattern known as a pair-density wave. The results could set a new standard for understanding this model.”

The simulations don’t spell out the secret to raising the temperature for superconductivity. But the lessons learned point to targets for further study as researchers zero in on how superconducting occurs.

“We know more each year than we did the last,” Maier said. “Now we need to explore other methods for solving the model and replicate the results. We’re closer now than ever before, and we want to get even closer.”

Support for this research came from the DOE Office of Science’s INCITE program and Scientific Discovery through Advanced Computing program. The OLCF is an Office of Science user facility at ORNL.

UT-Battelle LLC manages Oak Ridge National Laboratory for DOE’s Office of Science, the single largest supporter of basic research in the physical sciences in the United States. DOE’s Office of Science is working to address some of the most pressing challenges of our time. For more information, visit https://energy.gov/science. — Matt Lakin 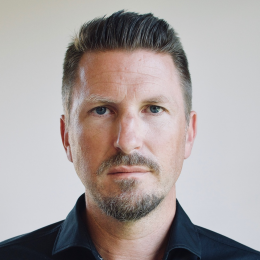