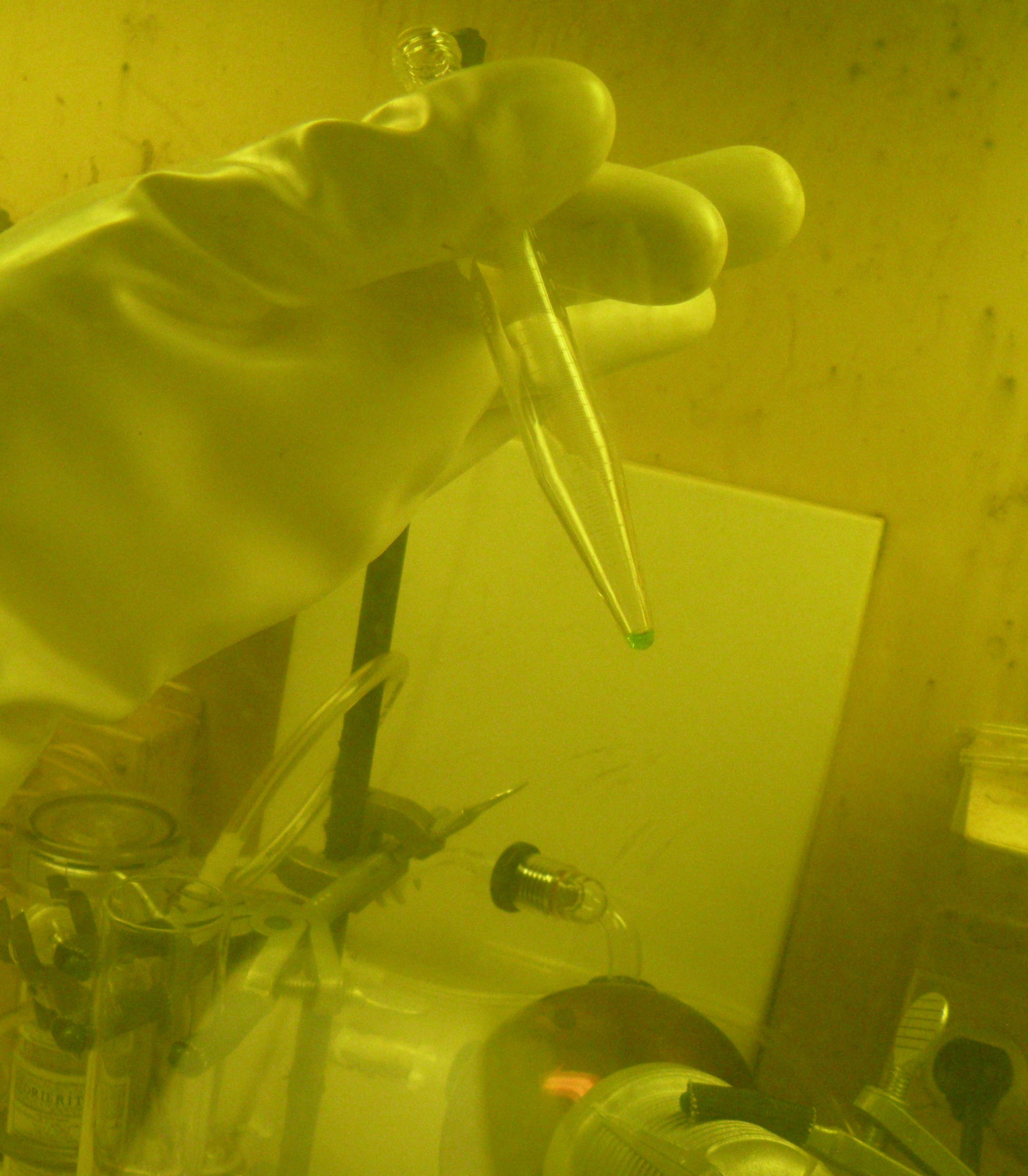 OAK RIDGE, Tenn., June 8, 2016—The International Union of Pure and Applied Chemistry (IUPAC) Inorganic Chemistry Division has published a Provisional Recommendation for the names and symbols of the recently discovered superheavy elements 113, 115, 117, and 118.

The provisional names for 115, 117 and 118 -- originally proposed by the discovering team from the Joint Institute for Nuclear Research, Dubna, Russia; the Department of Energy’s Oak Ridge National Laboratory, Oak Ridge, Tennessee, and Lawrence Livermore National Laboratory, Livermore, California; and Vanderbilt University, Nashville, Tennessee -- will now undergo a statutory period for public review before the names and symbols can be finally approved by the IUPAC Council.

Tennessine (Ts) is proposed for element 117, recognizing the contribution of Tennessee research centers ORNL, Vanderbilt, and the University of Tennessee to superheavy element research, including the production and chemical separation of unique actinide target materials at ORNL’s High Flux Isotope Reactor and Radiochemical Engineering Development Center. Actinide materials from ORNL have contributed to the discovery and/or confirmation of nine superheavy elements.

Prof. Yuri Oganessian from the Joint Institute for Nuclear Research and scientific leader of the team, noted the importance of international collaboration in discovering new elements and nuclei, completing the seventh row of the periodic table, and providing evidence for the long sought “island of stability” for superheavy elements. Two members of the team, JINR and LLNL, were previously credited with the discovery of elements 114 (flerovium) and 116 (livermorium).

These new elements were discovered using the “hot fusion” approach, developed and implemented by Oganessian at JINR. This approach involves heavy ion reactions of an intense, high-energy calcium beam on rare actinide targets including berkelium and californium at the Dubna Gas-Filled Recoil Separator.

The concept of the “island of stability” was originally proposed in the 1960s. It predicts increased stability for superheavy nuclei at higher neutron and proton numbers. The new nuclei produced in this research exhibit substantially increased lifetimes consistent with approaching the island.

Moscovium (Mc) is provisionally recommended for element 115 in recognition of the Moscow region and honoring the ancient Russian land that is home to JINR. Moscow is the capital of the region, and Moscow and its people have been very supportive of JINR and superheavy element research.

The provisional name for element 118 is Oganesson (Og) in recognition of the pioneering contributions of Yuri Oganessian to superheavy element research. It was the vision and determination of Prof. Oganessian that created this opportunity for the significant expansion of the periodic table and our knowledge of superheavy nuclei.

IUPAC also has published a Provisional Recommendation for element 113. The discoverers at RIKEN Nishina Center for Accelerator-Based Science in Japan proposed the name nihonium (Nh). Nihon is one of the two ways to say “Japan” in Japanese, and translates as “the Land of Rising Sun.”

UT-Battelle manages ORNL for DOE's Office of Science. The Office of Science is the single largest supporter of basic research in the physical sciences in the United States, and is working to address some of the most pressing challenges of our time. For more information, please visit http://energy.gov/science/.