Oscar Martinez: A journey to success and STEM leadership

As program manager for the Department of Energy’s Oak Ridge National Laboratory’s Package Testing Program, Oscar Martinez enjoys finding and fixing technical issues. He knows there’s a lot at stake: In his daily work, he manages and leads the regulatory testing of radioactive material transportation packages and oversees all testing activities at ORNL’s Package Evaluation Facility.

“To me, working as an engineer is fun,” said Martinez, who came to ORNL in 2011. “Solving complex engineering problems is challenging. Facing technical challenges is part of the process. I can’t picture myself doing anything else.”

That’s why the Hispanic Engineer National Achievement Awards Conference’s Great Minds in STEM Luminary Award honored not only Martinez’s current career, but also his path to success — and his willingness to mentor others to achieve the same.

“For me, STEM was the equalizer,” Martinez said. “I didn’t come from a middle-class family. I am a minority, English was not my first language, my mother didn’t finish high school and I graduated from an average-rated high school, which means I shouldn’t even be where I am today.”

Martinez’s story started in Nicaragua. In 1981, when he was 2 years old, the Sandinista National Liberation Front led a violent coup d’etat and took power over the Somoza dictatorship. The new government brought mass literacy and improved health care but also human right abuses, mass executions and oppression of indigenous people and people who were mestizo — of combined European and indigenous Nicaraguan descent — including Martinez’s family, who sought asylum in the United States in 1984. They settled in Miami, where Martinez learned English in the public school system, speaking only Spanish at home.

“We were a typical immigrant family — we fled to the U.S. with little money and few resources,” Martinez said. “My parents worked constantly and had little time, or English fluency, to help with schoolwork.”

While elementary school was difficult for Martinez, by middle school he excelled in math and science.

“It was during middle school that I decided to become an aerospace engineer, inspired by my father, who worked the third shift for Pan American Airways as a mechanical technician,” he said. “Sometimes I got to go into the Pan Am hanger with him and see the planes, cockpit and cargo bay. I was fascinated with planes, mechanics, science and flight engineering.”

In high school, he thrived academically while competing on the school swim and water polo teams and working two restaurant jobs. After graduating with honors and receiving Florida’s Bright Futures Scholarship, he chose University of Florida because of its highly ranked engineering program. There he majored in aerospace engineering.

Afterward, he applied to UF’s aerospace engineering master’s degree program and was awarded the South East Alliance for Graduate Education Program fellowship for STEM graduate students from underrepresented minority groups. He wasn’t planning on pursuing a doctorate, he said, but his wife encouraged him to “go all the way.” With help from an academic mentor who taught him problem-solving skills, he received his PhD in aerospace engineering in 2007.

As a doctoral student, Martinez specialized in solid mechanics, structural analysis and finite-element analysis of composite materials and metallic structures. He presented research on the mechanical and thermal response of the integrated thermal protection system component that was composed of various composite and metallic materials. His collaboration with NASA’s Langley Research Center staff piqued his interest in working for NASA, and after graduation, he worked as an aerospace engineer for Alliant Techsystems in Salt Lake City, then as a senior aerospace structural analysis engineer for Jacobs Engineering in Houston, doing contract work with NASA. Among the projects he worked on were the James Webb space telescope, International Space Station hardware, Orion crew capsule thermal protection system, Space Shuttle space walks and the Mars advanced space suit, for which he won multiple awards for his technical contributions.

Coming to ORNL in 2011 was a leap of faith, Martinez said, but the laboratory offered advanced research opportunities and has an international reputation as a world-class laboratory.

“ORNL is a world-renowned national laboratory that hires the best scientists, engineers and staff to support the critical nuclear, energy, environmental and computer challenges facing our nation and world,” Martinez said. “Working at ORNL means you are one of the best. That was intimidating for me at the beginning, and I questioned whether I had what it takes to make significant contributions to that work culture. But I soon discovered that ORNL is a perfect environment for R&D entrepreneurs, self-motivated, success-driven and curious professionals.

“At ORNL, I have met a diverse group of people, worked on many different projects and had the flexibility to grow in areas I am interested in. The state-of-the-art facilities and equipment, commitment from ORNL leadership to support career growth and development, and diverse work portfolio have helped me grow as a subject matter expert in my field.”

As part of his job managing and leading regulatory testing of radioactive material packages, special form capsules and finite-element analysis of packages, Martinez has collaborated with the Y-12 National Security Complex, DOE’s National Nuclear Security Administration and the Nuclear Regulatory Commission, as well as Lawrence Livermore and Pacific Northwest national labs and some private organizations. His work in structural analysis and finite-element analysis has given him opportunities to support the Spallation Neutron Source, ORNL’s Nonreactor Nuclear Facilities Division and ITER, the world’s largest fusion device, now under construction in France.

And it’s given him chances to give back by mentoring younger engineers and students, as the Great Minds in STEM award acknowledged.

“The STEM field gave me opportunities that I could never have imagined,” Martinez said. “It allowed me to climb up the social and educational ladder like my parents hoped for me when they immigrated to the U.S. What I have learned from my journey is to keep the end in sight, continue to be curious, never forget where I came from, and help other minorities achieve their own success.” 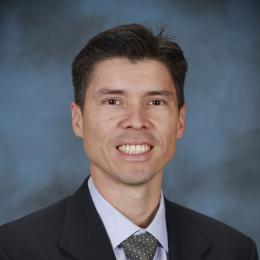