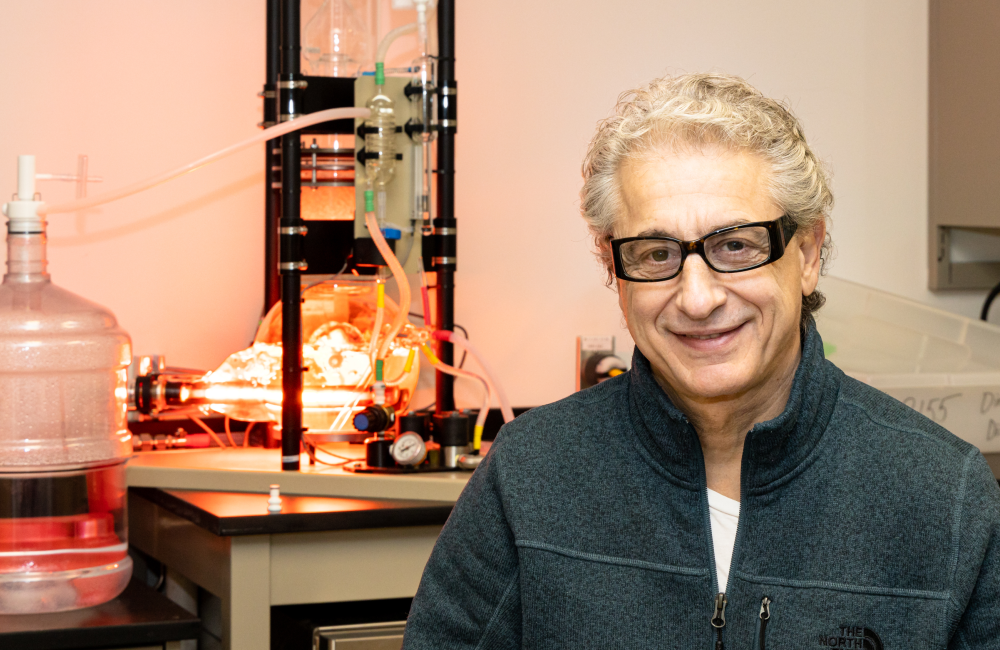 John Katsaras, a biophysicist specializing in neutron scattering and the study of biological membranes at the Department of Energy’s Oak Ridge National Laboratory, had a rather unusual birthday party last year.

In place of cake and candles were research presentations and discussions about biomembranes. Attendees from around the world—Canada, Russia, the United States and Germany—many of them former post-docs or colleagues trained by Katsaras, converged in Hamilton, Ontario, Canada, for a workshop in honor of his 60th birthday. From the meeting, a special journal issue commemorating Katsaras’ work was published. 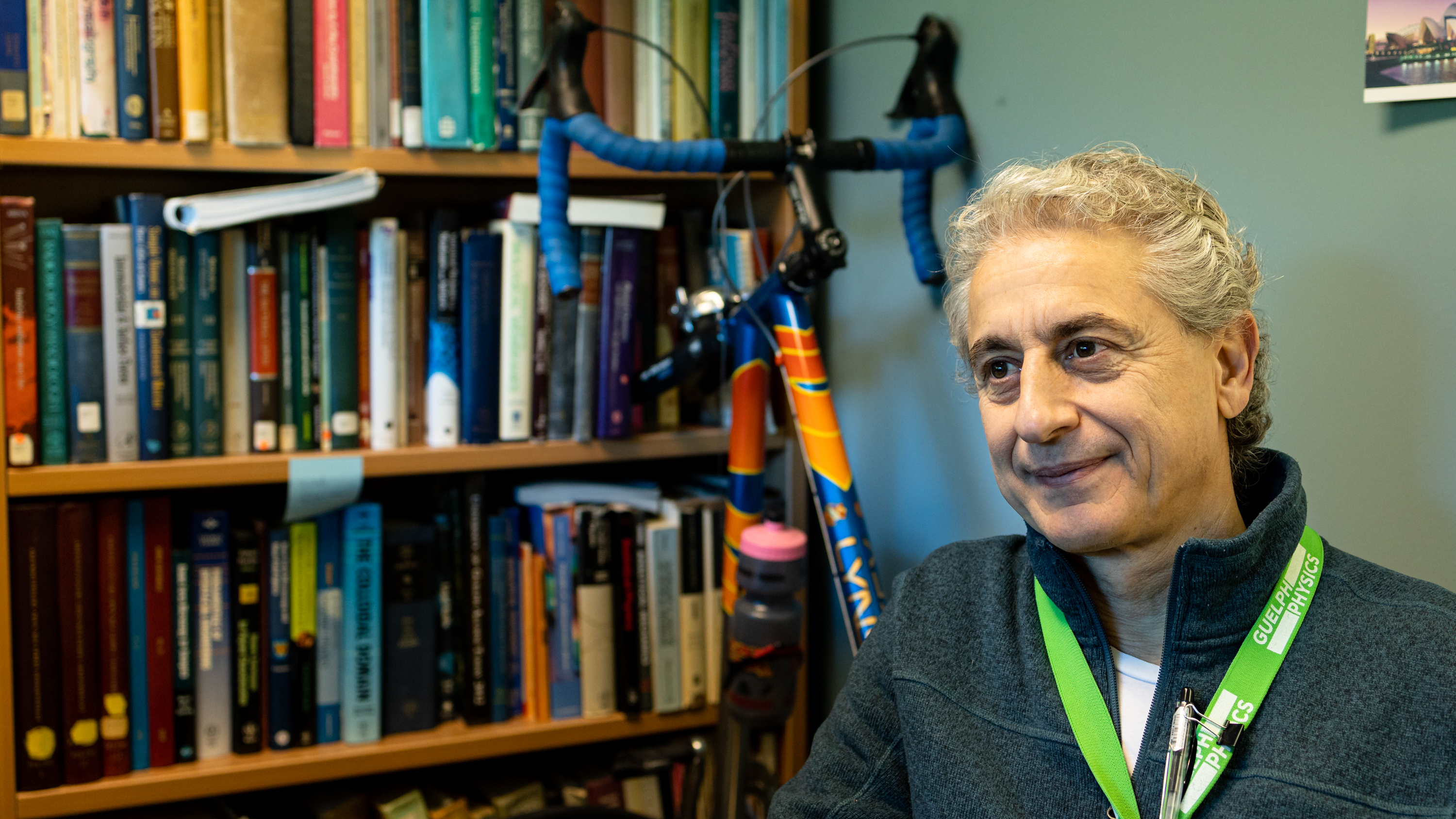 During more than 35 years researching ways to refine x-ray and neutron scattering techniques to study biological membranes that are integral to a range of biological processes, Katsaras has achieved several “firsts”—the first successful neutron holography experiment, for example; and most recently, the first nanoscopic examination of a living cell membrane.

Being recognized for such accomplishments at the workshop was an honor, he said, but that’s not what makes him light up. Katsaras’ proudest role is giving young researchers the support and training they need to make it in a competitive research environment. This, he noted, is how you advance science.

From psychology to physics

Growing up in a poor neighborhood in Montreal, Katsaras never guessed that he’d end up an esteemed biophysicist. As a child, he wanted to be a car mechanic.

Katsaras first became interested in a science career while attending Montreal’s Baron Byng High School—a prestigious public school that has produced a number of notable alumni, including Nobel Laureate Rudy Marcus. But his path to biomembranes and neutrons didn’t begin in the usual places: Katsaras’ first degree was in psychology.

Realizing he didn’t want to practice psychology, he earned a bachelor’s in biology from Concordia University before attending the University of Guelph in Ontario for his master’s and doctorate in biophysics. Much of his graduate work focused not on neutrons, but on the more available x-rays. Neutrons came later, after Katsaras joined Chalk River Laboratories—once home to the most powerful research reactors in Canada. He was hired specifically to establish a neutron-based biomembranes program.

Biomembranes are the important gatekeepers that separate a cell’s content from its outside environment. Primarily composed of proteins and lipids, they form bilayers essential to cellular structure and function. In medicine, for example, lipid vesicles in biomembranes are key to drug delivery.

Neutron scattering—a technique that produces detailed information about the molecular structure of a material when neutrons bounce off atoms in a sample—is an extremely powerful tool for biomembrane research. Unlike other nanoscopic probes, such as negatively charged electrons, neutrons are neither positive nor negative. This makes them nondestructive.

Importantly, for hydrogen-rich materials such as biological cells, neutrons can also differentiate between two isotopes of hydrogen. Distinguishing between these isotopes allows researchers to selectively impart contrast to a sample or “highlight” certain structures, which helps them observe the on-goings of the membrane.

But fully exploiting the capabilities of neutrons on the nanoscale requires technique, sample, and instrument development. In all of those areas, Katsaras, his students and collaborators have made significant contributions.

During his early years at Chalk River, necessity prompted invention: “We took an instrument made for magnetic studies and converted it to an instrument capable of conducting biomembrane research,” Katsaras recalled.

Around that time, his teams defined the field of aligned membrane systems. When combined with neutrons and x-rays, this type of membrane sample provides a view of “model,” or artificial, membranes with higher resolution than other methods.

He’s also collaborated widely on ways to best produce and use lipid vesicles, hollow lipid bilayer spheres suspended in water, for small angle neutron scattering to more closely mimic the biological conditions of a cell. Such techniques, among others, have helped him answer science questions about membrane structure and function.

Katsaras joined ORNL in 2010, recruited from Chalk River to help grow a neutron-based biomembranes program using the Spallation Neutron Source and the High Flux Isotope Reactor—world-class DOE Office of Science User Facilities. On top of his research, this role involves hosting international neutron scattering workshops and training students and post-docs, many of whom he still publishes with after they’ve moved to other positions.

“The people you’ve trained will go out and train more people,” he said. “That’s how things happen.”

From his psychology degree to his work with neutrons, Katsaras sees his diverse experiences as key to his success. “You’re never wasting time when you’re learning,” he said.

That includes learning about colleagues’ work, especially colleagues in different fields. At Chalk River, the staff took two coffee breaks per day. Researchers from various disciplines would huddle in the break room, and as the steaming liquid flowed, so did ideas.

“Science is a social endeavor,” Katsaras said. “People think it’s a solitary thing, and in some cases, maybe, but for the most part it’s social.”

Outside of work, Katsaras spends his time playing in local hockey leagues, tending his flower garden, cycling and building his collection of vintage bicycles from the 1950s and 60s. He estimates he has around 100 bikes, which he refurbishes and photographs.

Since joining ORNL, Katsaras has found the lab ripe for collaboration. A major accomplishment came in 2017, when Katsaras and an ORNL team of biologists, chemists and physicists achieved the first ever nanoscopic examination of a living biological membrane in bacteria using neutron scattering: Previous studies relied on non-living membranes. This answered a long-standing question about the existence of nanoscopic lipid “rafts,” lipid groupings that are known to play an important role in membrane interactions.

“The parts needed to conduct that research were known,” he said. “It was innovative in the sense that you needed a multidisciplinary team to carry it out.”

Capitalizing on the Spallation Neutron Source and the High Flux Isotope Reactor, two DOE Office of Science User Facilities, Katsaras wants to continue such collaboration and build a “critical mass” of neutron-literate researchers who can further demystify the unknowns of biomembranes.

“We have some of the best neutron instrumentation in the world. We’re able to attract some of the best people because of ORNL’s reputation,” he said. “Combining extremely smart young people and excellent infrastructure—that’s a winning combination.” 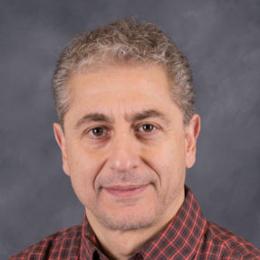