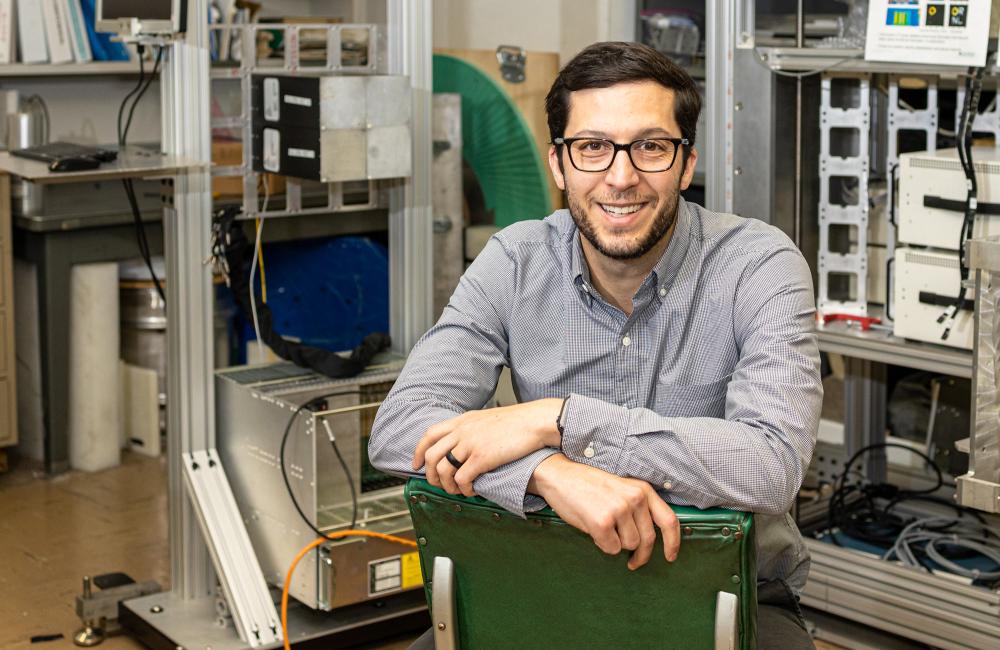 Jason Nattress, an Alvin M. Weinberg Fellow, is developing new nuclear material inspection and identification techniques to improve scanning times for ocean-going cargo containers. He is pictured in ORNL’s Radiation Detection and Imaging Laboratory, where he tests objects for the presence of nuclear material.

Jason Nattress, an Alvin M. Weinberg Fellow at the Department of Energy’s Oak Ridge National Laboratory, found his calling on a nuclear submarine.

“I guess like many scientists at ORNL and elsewhere, I had an affinity for math and science growing up,” Nattress said. “When I graduated high school, I took perhaps a nontraditional route and enlisted. My grandfather had been in the military, so it made sense to me.”

After signing up for the U.S. Navy, Nattress found himself on the U.S.S. Alaska serving as a nuclear operator. The Alaska is a member of the Ohio class of nuclear submarines, the only ballistic missile submarines currently in service in the U.S. Navy. Nattress supervised the vessel’s nuclear plant operations, operated the steam and electrical plants and worked on propulsion plant electrical equipment.

“Being on a nuclear submarine pushed me into nuclear science and generated a deep interest in nuclear deterrents, nonproliferation and security,” Nattress added.

After spending eight years in the Navy, Nattress started nuclear engineering studies at Rensselaer Polytechnic Institute, earning his bachelor’s degree in nuclear engineering. Nattress says he became interested in nuclear detector technologies while he was at RPI, an interest reflected in the research he is doing as an ORNL distinguished staff fellow.

“I liked studying the different ways you can use ionizing radiation, and I learned about the different disciplines within nuclear engineering, nuclear detection being one of them,” he said.

Nattress also realized he had a drive to do something meaningful, to use the skills he’d learned while serving in the Navy. He took a year off school; worked at a nuclear power plant, where he served as a nuclear operations instructor; and then joined Pennsylvania State University, earning his master’s degree, again in nuclear engineering. Nattress earned his Ph.D. in nuclear engineering at University of Michigan–Ann Arbor.

Nattress’ doctoral research, which examined how spectroscopic neutron and photon radiography and delayed neutron signatures could be combined to accurately identify special nuclear material, provided a process map for determining whether an unknown material is benign or a nuclear weapon. His work represented the first instance in which a low-energy, nuclear reaction–based active interrogation source was used to perform dual-mode, multiple-energy transmission radiography. He demonstrated that using neutron and photon transmission radiography in combination achieves higher sensitivity to changes in elemental compositions across the periodic table compared with using the two methods individually.

Nattress, who grew up in Philadelphia, counts among his most unique nuclear engineering experiences an experiment he conducted on a cyclotron at a Taiwan university.

“During graduate school, I was fortunate enough to travel to a lot of different places, and one of my last stops was National Tsing Hua University,” he said. “I used the cyclotron there to accelerate high-energy protons into a natural carbon target and then measured the photon yield and radiation dose from the reaction.”

Nattress said his work at Tsing Hua presents a case for an important future application: an active interrogation source that could be used for conducting highly penetrating spectroscopic radiography as well as inducing nuclear fission. Nattress’ fellowship research continues work he conducted at the University of Notre Dame’s Institute for Structure and Nuclear Astrophysics and Massachusetts Institute of Technology’s Bates Research and Engineering Center. 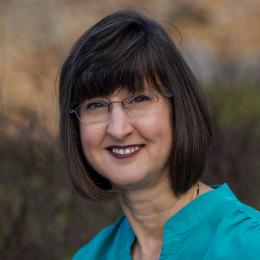 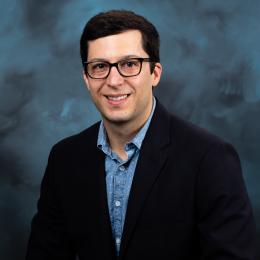