George Flanagan – Writing the rules of the nuclear industry 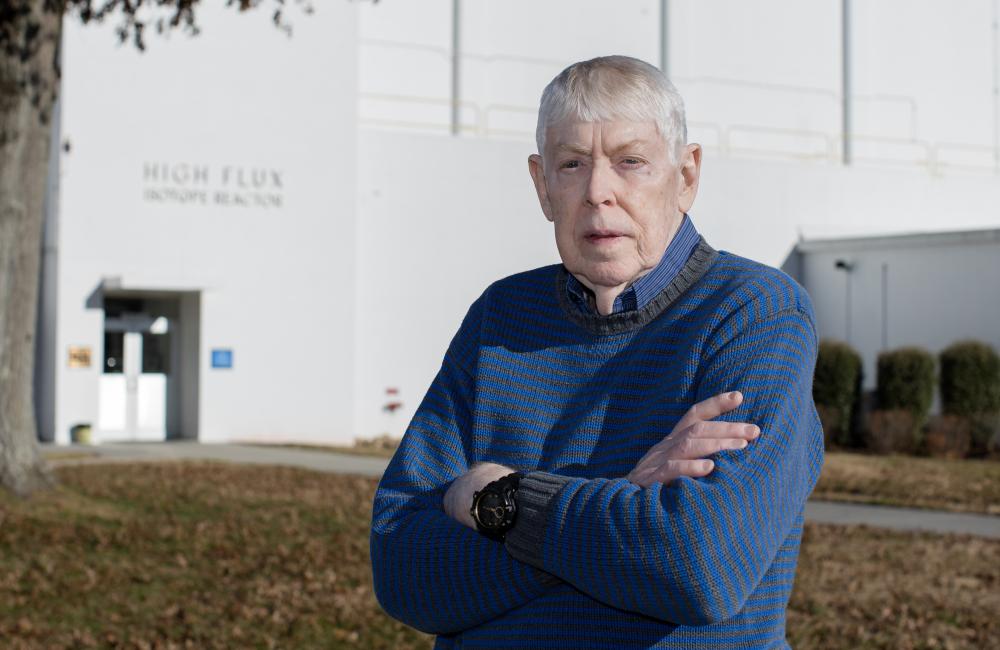 George Flanagan, a nuclear engineer at the Department of Energy’s Oak Ridge National Laboratory, didn’t get to relax much between 1987 and 1990.

The lab’s major nuclear facility, the High Flux Isotope Reactor, had been shut down in November 1986 for a safety and management review, and it was a top priority for both DOE and ORNL to get it running again. Flanagan says 135 different review committees evaluated the progress of the restart effort.

“We were being scrutinized by almost every organization you can imagine,” he said. “We had a lot of weight on our shoulders. If we failed to accomplish that with the Department of Energy, then the laboratory was in jeopardy as a whole.”

Restarting the reactor in April 1990 was a major accomplishment for Flanagan, who, during his long and distinguished career, has literally and figuratively helped write the rules of the nuclear industry. Since the 1970s, the American Nuclear Society fellow has applied probabilistic risk analysis techniques to diverse facets of nuclear science and developed the groundwork for regulations that continue to shape the incoming era of reactor technology.

Flanagan joined ORNL in 1972 after working on the space reactor program at the Atomics International Corporation in Canoga Park, Calif. The Iowa native started as a group leader in the former Neutron Physics Division at a time when two major reactor projects dominated the division’s attention: The Fast Flux Test Facility in Hanford, Washington, and the Clinch River Breeder Reactor, set for construction just down the road from ORNL.

The latter, Flanagan said, was a massive effort that involved national labs, corporations and the Nuclear Regulatory Commission. Although the program was later cancelled, it was an exciting, eye-opening challenge for an early career engineer.

“Everybody who knew anything about sodium reactors came here to Oak Ridge,” said Flanagan. “It really gave me an idea of what it takes to actually build and license a real, big reactor.” That meant thinking about risk—a constant throughout Flanagan’s career.

Whether it’s for reactor construction, like in the case of the Clinch River project, or working with the U.S. Army to determine the best way to demilitarize chemical weapons, a project he worked on during the early 1980s, Flanagan’s technical risk analysis always starts with a few questions: “What could happen?” he said. “What is the likelihood, or probability or frequency of that happening? And if it does, what would the consequences be for site workers, the environment and the general public?”

But these questions aren’t unique to the nuclear industry, a fact that inspired him to co-found the Society for Risk Analysis along with a large group of charter members from ORNL in 1980.

“We realized there was a commonality in using risk as a major acceptance criterion for making decisions,” he said. They founded the society, which grew to include “risk practitioners” ranging from biologists to General Motors employees, to share the different perspectives on applications of risk analysis.

When the NRC started writing its safety goals policy, which has remained the fundamental standard for the industry since its publication in 1986, Flanagan was a perfect candidate to help. The policy aimed to answer a key question about nuclear facilities for regulators and the public: “How safe is safe enough?”

Though Flanagan’s expertise in reactor safety and design was technical, the NRC asked him to form a group to examine the sociological aspects of this question. “They said, ‘Well gee, that’s not just a technical question,’” Flanagan explained. “The question is, how do you view risk?”

His team of social psychologists, economists (including two Nobel Laureates), accident analysts and experts on financial risk were the ones to decide that the additional risk presented to the public by nuclear facilities should not exceed 0.1 percent the likelihood of fatality that people voluntarily take on in their daily activities. They believed this metric, expressed as a percentage, would be more accessible than using technical figures. Today, it still stands.

Standards for the future

Experiences have a way of coming back around for Flanagan. His efforts restarting HFIR proved valuable in 1998 when, during a year-long term as division director of the Research Reactors Division, he led the reactor’s restart again after routine maintenance and a review of reactor operations. His early work with space reactors at Atomics International came in handy during the mid-2000s when he joined an ORNL team supporting NASA on its Jupiter Icy Moons Orbiter project.

When a massive earthquake and tsunami struck Japan’s Fukushima nuclear facility in 2011, Flanagan jumped into action with an ORNL response team that provided daily guidance to the Secretary of Energy, who communicated the information to White House staff and to regulators in Japan as the accident unfolded over 10 days. Years earlier, he’d worked on postmortem reviews of similar events at Three Mile Island and Chernobyl. But offering analysis as the event unraveled—several time zones away—was a different beast.

“We didn’t get much sleep,” Flanagan said with a quick laugh. “Sometimes we worked 20-hour days.”

Flanagan will retire at the end of 2019, but he hasn’t slowed down since being named ORNL’s distinguished engineer of 2011.

He’s spent much of his time since then advocating for and developing NRC safety guidelines for advanced reactors, non-light water reactors that have grown in popularity, in addition to serving three years as chairman of the American Nuclear Society Standards Board, which creates standards that act as the foundation for current and future nuclear reactor safety and design. He’s also kept busy traveling around the world training international regulatory bodies on advanced reactor safety. In retirement, he plans to travel even more with his wife of 41 years, Deborah, who worked as a statistician at ORNL.

Flanagan has seen bursts of enthusiasm for different reactor technologies throughout the years, and he says the future of reactor technology will likely depend on where the industry decides to concentrate its efforts. Whatever the ultimate direction the technology takes, it will undoubtedly benefit from the contributions of a career that has spanned nearly a half-century.

UT-Battelle manages ORNL for DOE’s Office of Science. The Office of Science is the single largest supporter of basic research in the physical sciences in the United States, and is working to address some of the most pressing challenges of our time. For more information, please visit https://energy.gov/science 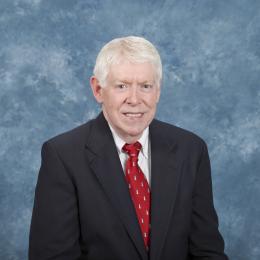