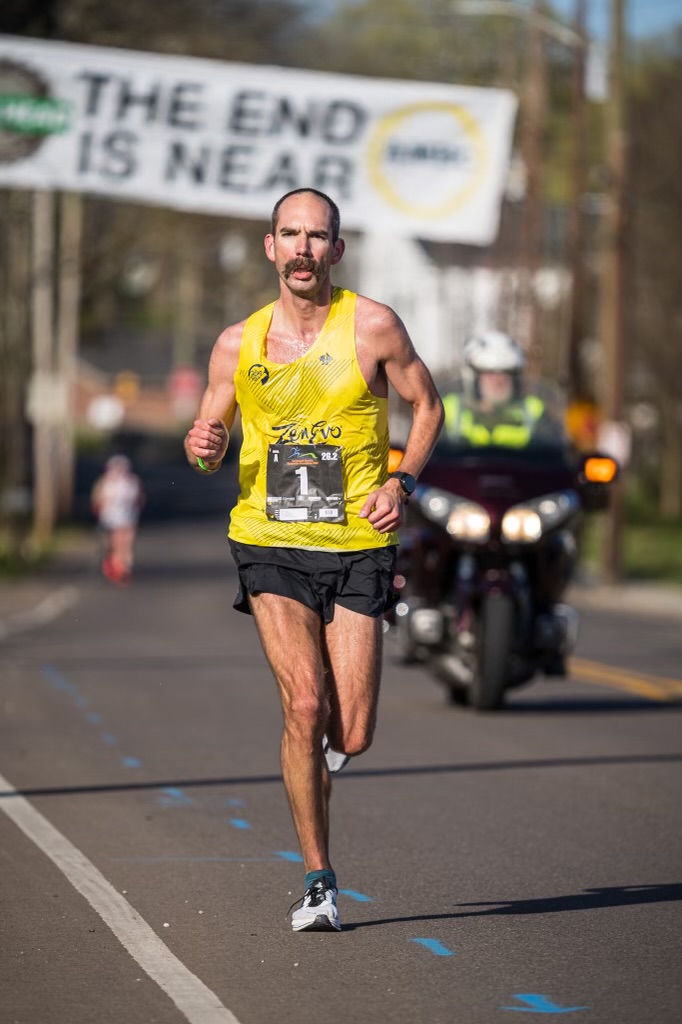 Ethan Coffey runs the 2022 Knoxville Marathon, which he won.

It was a good run for Ethan Coffey.

Coffey crossed the finish line with a time of 2:31:13 — and an urge, after years of running and winning marathons across the country, to try something new.

A R&D staffer in ISED’s Enrichment Science and Engineering division, Coffey focuses on predicting the performance and response of mechanical system models.

“I get to work on a lot of different problems, so that keeps me engaged day to day,” he said.

This is his 13th year at the Lab, but he’s been running “seriously” since his freshman year in high school, 25 years ago.

Coffey immerses himself fully in running, rather than running with music or audiobooks or podcasts.

“I like the competition and the training; you get out of it what you put into it,” he said. “I like to push myself and see what I’m capable of doing.”

“Ever since then, I’ve been shooting for 2:19,” he said. “I got close but didn’t qualify; I missed the (U.S. Olympic Team) trial qualification by 34 seconds.”

Still, he knew his chances of finishing at or near the top of this year’s race were good.

“It’s always a surprise,” he said. “You never know who’s going to be there, or how they’re going to do. All you can do is control yourself.

“I felt pretty good about my training. I was pretty confident. But a lot can happen in 26 miles. You can have a bad day, other people can have a good day — until you finish the race, nothing’s ever a given.”

Coffey has said this was his last marathon. Now he’s got something longer in mind: ultramarathons, races 32-62 miles or longer in which distance runners traverse a variety of terrain, usually though scenic — though sometimes brutally challenging — settings.

For his first ultramarathon, Coffey has chosen the No Business 100, a 100-mile loop in Big South Fork with 14,500 feet of descent, this fall. He’s training for trail running with weekly trips to Haw Ridge.

“It’s a lot different from road running,” he said.

He’s thankful for the support of his parents, sister and girlfriend — and for coworkers who make the time he’s not out running pass quickly.

“That’s my favorite thing about my job,” he said. “I really like the people I work with.” 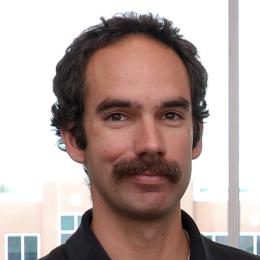