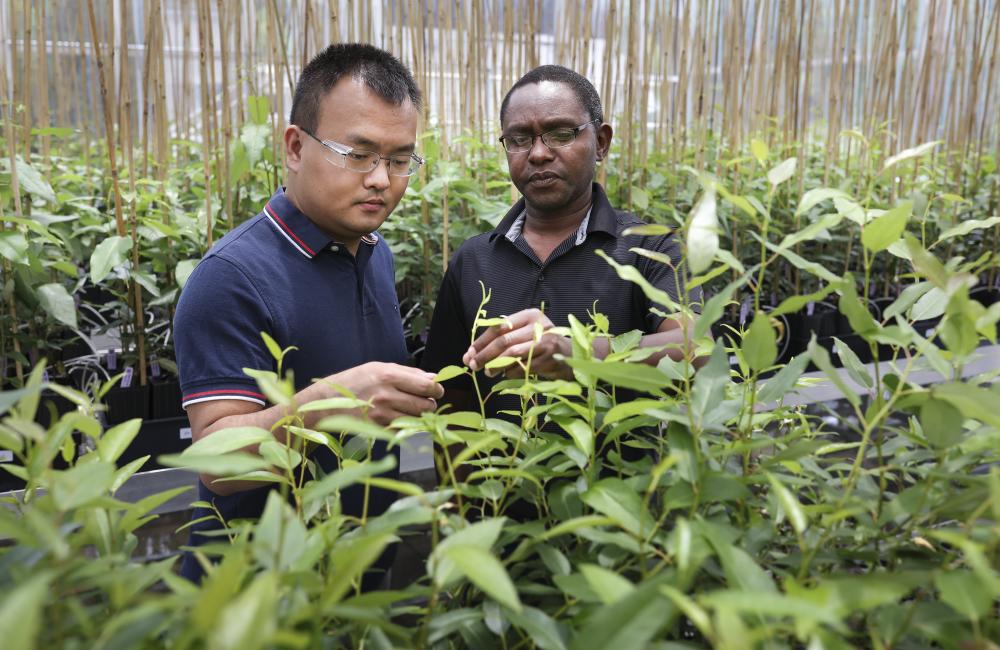 OAK RIDGE, Tenn., June 15, 2018 – For decades, biologists have believed a key enzyme in plants had one function—produce amino acids, which are vital to plant survival and also essential to human diets.

But for Wellington Muchero, Meng Xie and their colleagues, this enzyme does more than advertised. They had run a series of experiments on poplar plants that consistently revealed mutations in a structure of the life-sustaining enzyme that was not previously known to exist.

Their discovery could alter the course of gene functional studies in plants and, if applied, it could squeeze more potential out of poplar as a renewable resource for making biofuels and bioproducts. 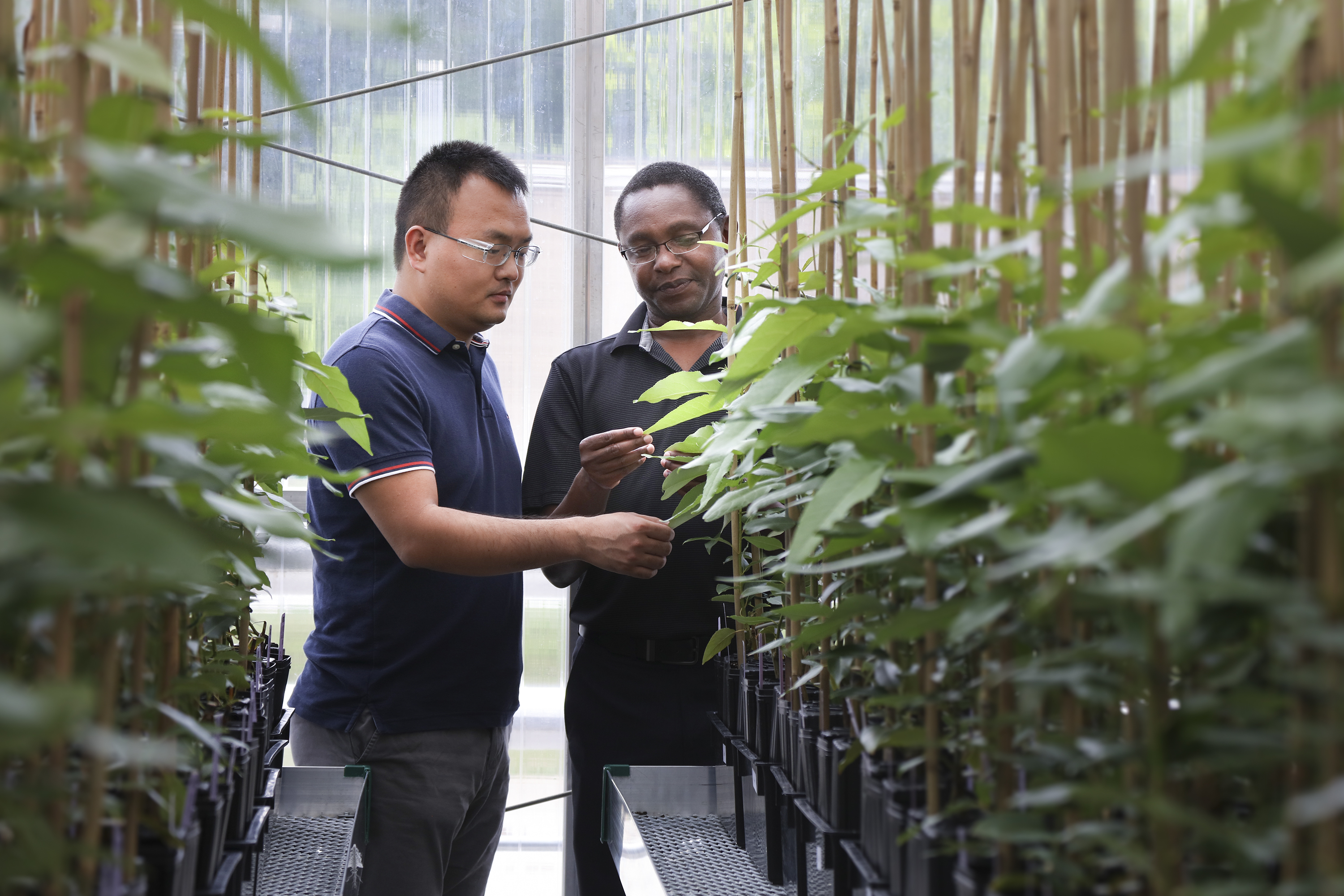 “At first, we thought it was a mistake, because the enzyme does not need to bind DNA to perform its known function,” said Muchero, a biologist at the Department of Energy’s Oak Ridge National Laboratory. “We repeated the experiment multiple times and kept seeing evidence in the data that the same gene involved in making amino acids also regulates the function of genes involved in producing lignin.”

“This regulation is happening at a higher level in the plant’s overall biological system,” he added.

They found that poplar plants with certain mutations created unexpectedly low levels of lignin across different environments and tree ages.

Lignin fills spaces in plant cell walls to provide sturdiness. Muchero and his team study the genetics of poplar as part of the lab’s the Center for Bioenergy Innovation, or CBI, to develop methods to grow modified varieties with low lignin content. Less lignin makes plants easier to breakdown during the industrial poplar-to-biofuels process.

Based on its known function, the only strategy to reduce lignin production using this amino acid-producing enzyme would be to slow down its biological activity.

“That approach would be lethal,” Muchero said. “In fact, it is the recipe used in common herbicides.”

As they continued their research, the scientists noted the amino acid-producing enzyme deviated from its anticipated journey through the plant’s cells seeking out chloroplasts, which contain chlorophyll, the molecule that absorbs energy from sunlight, giving plants their green color and capturing carbon dioxide through photosynthesis.

Instead, their work revealed something unexpected: the additional section of the enzyme allowed the enzyme to enter the nucleus, which is the plant cell’s brain center, and “moonlight” as a DNA-binding regulator of gene expression.

Discovering the direct connection opens new opportunities to tweak how lignin is produced in poplar without impacting other biological processes that could kill the plant.

“This enzyme’s unique behavior contrasts with conventional wisdom in the plant community,” Muchero said. “While we do not know how this new function came about in poplar, we now know that this enzyme exhibits the same behavior in other plant species.”

The new insights will help support ORNL industry partners GreenWood Resources and Forage Genetics International who have licensed the poplar gene technology for separate applications, but each with the common goal of breeding plants with modified lignin content.

“This discovery has enabled the new Center for Bioenergy Innovation to rationally design plants with either increased or decreased lignin,” said Jerry Tuskan, CBI director at ORNL.

“Modified lignin in plants can lead to valorization of lignin and displacement of petroleum as a precursor for plastics,” he added. “One day, drinking bottles or plastic toys may come from poplar plants.”

This research was led by the lab’s BioEnergy Science Center, and continues under the Center for Bioenergy Innovation, a new DOE Bioenergy Research Center at ORNL supported by the DOE Office of Science.

Genome resequencing and transcriptome sequencing was conducted by the DOE Joint Genome Institute, a DOE Office of Science user facility. The reference poplar genome, as well as tools for plant genome and gene family data and analysis, are available on its plant portal Phytozome (phytozome.jgi.doe.gov). 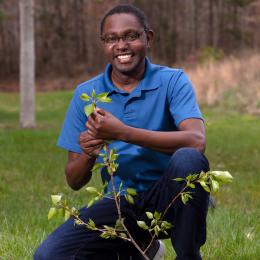 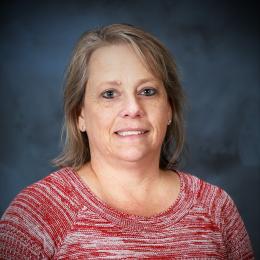 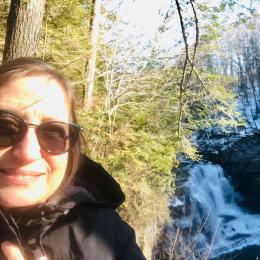