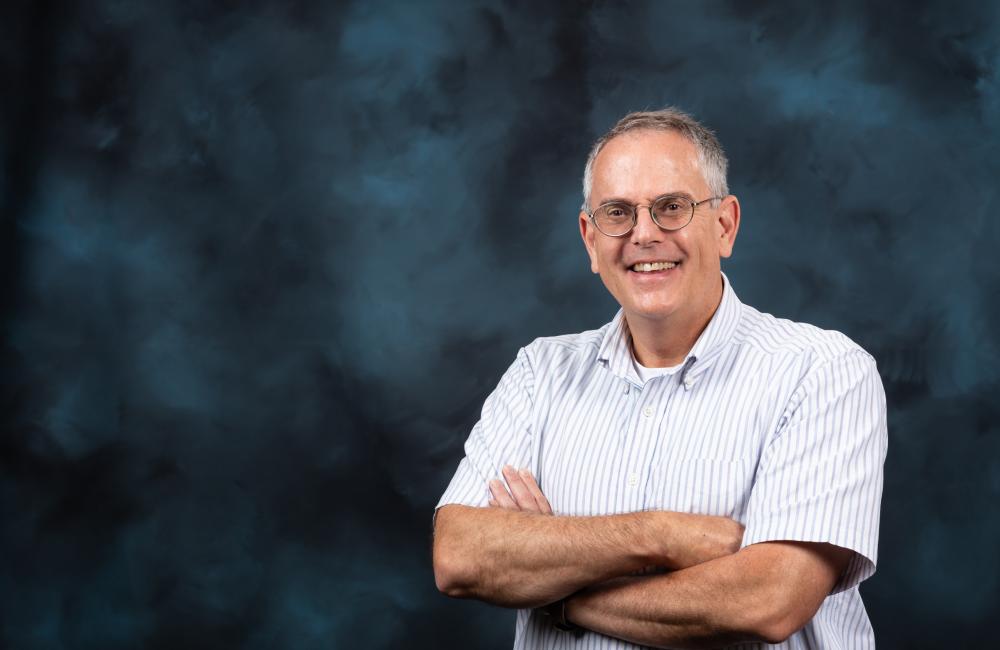 Chuck Kessel was still in high school when he saw a scientist hold up a tiny vial of water and say, “This could fuel a house for a whole year.”

“For some reason, that really sparked an interest in me,” said Kessel, who spent the rest of high school trying to learn about fusion, then double-majored in physics and nuclear engineering at the University of California, Santa Barbara, specifically to have a broad fusion-friendly background.

“Fusion energy certainly appears to be almost the perfect energy source,” Kessel said. “We minimize toxic waste; you combine hydrogen isotopes to make helium. It’s a very simple reaction — but it’s very difficult to do at levels to make electricity, due to complex plasma physics and extreme environments for engineering systems.”

When he graduated from University of California, Los Angeles, in 1987 with a doctoral degree in fusion engineering and applied plasma physics, Kessel went straight to work at the Department of Energy’s Princeton Plasma Physics Laboratory. Excitement for fusion research was high, he said.

“At the time, there was still a lot of hope that we were going to build a burning plasma experiment,” he said.

But within 5 years, Kessel saw the program slump, transitioning from fusion energy into fusion science.

“That limited a lot of what we could try to do,” he said.

Kessel did exceptional work within those constraints. He performed neutronics — studying neutrons that emerge from plasmas — and plasma control calculations for the Burning Plasma Experiment, a compact tokamak with a high magnetic field that was designed but never built. He devised simulations of how plasmas evolve in fusion devices and has done work for South Korea’s Korea Superconducting Tokamak Advanced Research, or KSTAR, facility; Germany’s Axial Symmetric Divertor Experiment, or ASDEX; ITER; and South Korea’s proposed K-DEMO, intended to model the viability of a future commercial fusion power plant. In 2015, he received the Institute of Electrical and Electronics Engineers’ Nuclear and Plasma Sciences Society’s Fusion Technology Award in recognition of his outstanding contributions to fusion engineering and technology. In 2018, he came to the DOE’s Oak Ridge National Laboratory.

Here, as a fusion specialist and distinguished R&D staff, Kessel leads the national Blanket and Fuel Cycle program, the national Fusion Energy Systems Studies program and the Virtual Laboratory of Technology and co-leads the Liquid-Metal Plasma-Facing Components program. And he’s beginning to see a revival of excitement about fusion — a determination, fueled by younger scientists, to take it from theory to practice.

“They really want to move forward and see fusion happen,” Kessel said. “They don’t want to spend a 30- or 40-year career just writing papers and not seeing the end.”

Kessel notes a shift toward actual planning for a facility to house a fusion power source. To this point, fusion research “has spent a lot of effort on the plasma part — the energy source,” he said, “largely ignoring the system outside that has to actually collect all that power and make electricity.”

ORNL’s multidisciplinary nature make it an ideal place to pursue that research, he said.

“We have good plasma physics researchers working here, as well as a whole slew of technology people who are tremendous in developing the complex systems required for a plant like that,” Kessel said. “This is where the story can really be pulled together."

He especially enjoys seeing younger people recruited to work with the more experienced scientists already in the program, who can pass down institutional knowledge for the next generation to build on.

“It’s really rewarding to see a new generation come into fusion,” he said. “This is a long-term commitment, to get to a fusion nuclear power plant, and we need young people to get us there.”

Kessel is on the Fusion Energy Science Advisory Committee, which is in the process of gathering feedback from the entire fusion energy community to create a national fusion energy strategic plan. The consensus, he said, is that it’s time to move to fusion engineering and look at how to make an entire system.

In the Blanket and Fuel Cycle program, nine U.S. institutions are collaborating on five focus areas:

ORNL’s legacy materials science background means researchers here will look at a variety of materials: how they react, how long they can last in a harsh environment without degrading, and how to strengthen them to operate at higher temperatures. This includes materials for the blanket, which surrounds the plasma almost entirely and contains materials to breed fuel. It must absorb roughly 90% of the neutron power coming out and must shield components outside the blanket from these neutrons.

“These functions are very hard to accomplish, and design of the blanket is a delicate process,” Kessel said. “You have to rely on new materials to access capabilities you’ve never had before.”

At present, Kessel and senior engineer Dennis Youchison are leading an effort to build a helium flow loop so ORNL researchers can study the properties of flowing helium with highly sophisticated design details at high pressure and temperatures. Kessel expects it to be up and running within a year.

Current fusion devices use a fuel made from deuterium, another hydrogen isotope, that doesn’t create anywhere near the number of neutrons of a modern nuclear fission plant, and the neutrons that are created have much lower energy. In addition, the plasmas operate only for short bursts of 5–10 seconds.

“You can have people walk into the fusion experiment and work on the machine right after it’s been running in most present tokamaks,” Kessel said.

But tritium-fueled devices will be more powerful, producing enough neutrons to activate the materials surrounding the plasma, and would run for a year without pause. The components will be arranged around the core with this in mind, and barriers and safety protocols will play heavily into how the building around it is structured and maintained.

“In the future, there will be no people anywhere near a tokamak once it’s started operating—it will all be maintained with robots and remotely handled equipment,” Kessel said.

Kessel knows it’s virtually impossible for the first tritium-fueled fusion device to be finished while he’s still working — he may not see it in his lifetime. Will it be bittersweet for him to have devoted a career to something he might never see completed?

“It’s hard, I guess,” Kessel said. “But I think my most important contribution is to get this big boat steered in the right direction. Then I can step off and let others carry it forward.”