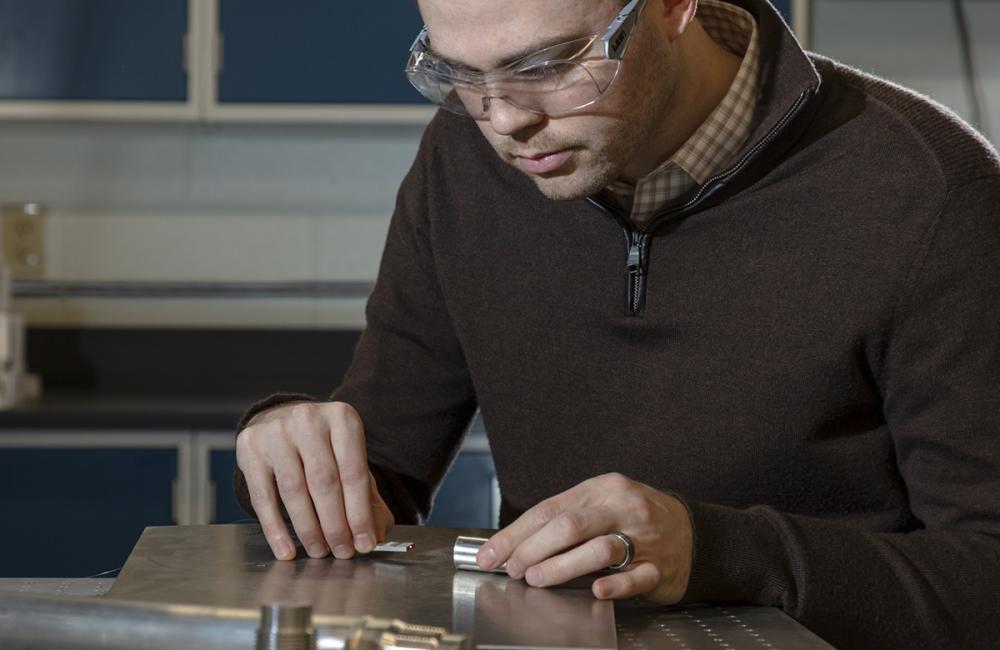 With operating licenses for nearly all nuclear power plants set to expire in the 2030s and 40s—a pending loss that would affect a fifth of the country’s electricity supply—U.S. utilities will need to find a way to respond to what has been called the “nuclear cliff.”

The next generation of nuclear reactors could offer the best solution. Several companies are pursuing designs that will depart in many ways from current reactors by using new technologies, materials and fuels.

At the Department of Energy’s Oak Ridge National Laboratory, nuclear engineer Chris Petrie is developing tools to pave the way for future reactors. Petrie is looking at how fiber optic–based sensors can be used to gather more insight into reactor operations as well as the evolution of materials and fuels during irradiation testing. Sensors could be embedded inside a reactor’s components and structure through advanced manufacturing, giving operators a better understanding of how it is performing.

“Current reactors are using more or less the same sensor technologies that were deployed when reactors were built decades ago,” Petrie said. “As you look at other industries, new technologies and sensors are being deployed quickly, while nuclear is pretty slow. But there’s an opportunity. We can get so much more information out of a reactor by pursuing these new sensors to get a clearer picture of what’s taking place.”

From cars to reactors

As a kid growing up in Toledo, Ohio, Petrie envisioned becoming a mechanical engineer and joining one of the area’s auto manufacturers. Then the recession of the late 2000s arrived, and the path looked far less certain for the Ohio State University student.

“I had a great internship at a Fortune 500 company. When the worst of the recession hit, the interns were some of the first out the door in an attempt to reduce costs,” Petrie said. “At the time, it was terrible because I thought, ‘What am I going to do now?’ I was always interested in nuclear, and I wanted something more academically interesting that could offer me a chance to make a greater societal impact.”

After transitioning to graduate school at Ohio State, Petrie worked under the guidance of Professor Thomas Blue. He quickly became passionate about advanced nuclear instrumentation—a significant strength of OSU’s College of Engineering. Collaborating with other graduate students on thermal, mechanical and electrical systems to support testing of new nuclear technologies made the full switch to nuclear science an easy choice.

“The laboratory I worked in exposed me to various engineering designs, thermal and pressure systems and hands-on experimentation. I benefited greatly in that environment and was able to find my own way in taking on new research projects,” he said. “Sensors provide the only feedback for both safety and control of a reactor, so understanding how sensors perform in a reactor is critical. OSU provided me the opportunity to test various sensors while they were irradiated in a test reactor.”

In the footsteps of an ORNL (and nuclear) giant

As he completed his Ph.D. in nuclear engineering in 2014, Petrie found a perfect fit in ORNL. The national lab offered a unique combination—specifically research facilities, such as the High Flux Isotope Reactor, a DOE Office of Science User Facility, and a rich history in developing structural materials and fuel for nuclear purposes. Living in the shadow of Great Smoky Mountains National Park was a great draw, too.

“The Weinberg Fellowship helped me establish myself when I arrived at ORNL and begin building a sensor technology program, something that continues today,” Petrie said. “I was also able to learn and integrate myself into other nuclear science areas and understand how my sensor research could benefit nuclear materials development, the Advanced Fuels Campaign, and other programs that routinely use HFIR.”

Now a full-time research and development staff scientist in the Nuclear Experiments and Irradiation Testing Group, Petrie serves as the technical lead for HFIR irradiations performed as part of the Nuclear Science User Facilities program, and he manages ORNL’s irradiation testing for the DOE Office of Nuclear Energy’s Advanced Fuels Campaign. His designs have enabled testing of new types of accident-tolerant fuels, including an ORNL-led project that developed nuclear fuel cladding that has now been handed over to industry.

Through these experiences, Petrie has learned the benefits of performing accelerated irradiation testing of miniaturized material specimens in HFIR. The smaller sized tests help reduce the time and cost of gathering critical data on material evolution during irradiation.

This has inspired him to extend the approach to nuclear fuels testing and champion a more flexible, streamlined approach compared to the often lengthy fuel qualification process. Using what he calls “MiniFuel” irradiation tests with smaller fuel samples and a simpler experiment design, researchers can isolate specific fuel phenomena under controlled conditions, simplify the experiment analyses and still acquire basic scientific data for how a fuel responds during irradiation to ultimately accelerate fuel qualification and deployment.

“We are constantly thinking about new fuel concepts, and we have theories about the benefits these new fuel systems might offer for various reactor concepts. Traditionally, we test those theories using integral fuel testing, where we spend years designing and analyzing a specific experiment to achieve a set of limiting conditions that closely match those of the intended application,” Petrie said. “The mini-fuel irradiations offer a very flexible vehicle, where you can test a large number of theories within a single experiment without having to perform unique analyses for each fuel variant and each reactor application. This increases the experiment throughput and allows for rapid screening of a wide range of fuel concepts, while decreasing the time and cost for confirmatory analysis.”

The promise of new nuclear

Petrie says one of the biggest benefits of leading the design of irradiation experiments is better understanding how new sensor technology could help advanced reactor development. By using fiber optic–based sensors, researchers can gather enormous amounts of data to better understand what’s feasible with fuels and materials.

Testing at university research reactors shows that the new sensors have performed well in harsh, radioactive environments, and Petrie plans to extend these technologies into irradiation tests in HFIR.

With dozens of nuclear plants on the brink of retirement, the use of sensors could shorten qualification times for new nuclear parts and systems, keeping the United States from losing its largest source of carbon-free energy.

“I think fuels and materials testing is critical to developing any new nuclear technologies. By combining clever designs of irradiation experiments with new sensors, we have a chance  to maximize the information we get out of each experiment and move nuclear forward in a meaningful way,” Petrie said. “Advance reactors can be smaller, they can be safer and they offer higher temperatures, which means they’re more efficient. There are a lot of reasons we need to continue pursuing such promising technologies.”

Petrie’s research is supported by DOE’s Office of Nuclear Energy through the Advanced Fuels Campaign and the Nuclear Science User Facilities program.

UT-Battelle LLC manages ORNL for DOE’s Office of Science, the single largest supporter of basic research in the physical sciences in the United States. The Office of Science is working to address some of the most pressing challenges of our time. For more information, please visit https://science.energy.gov. 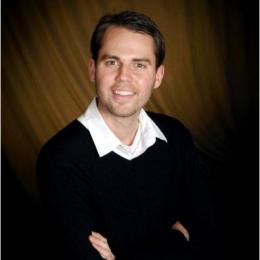