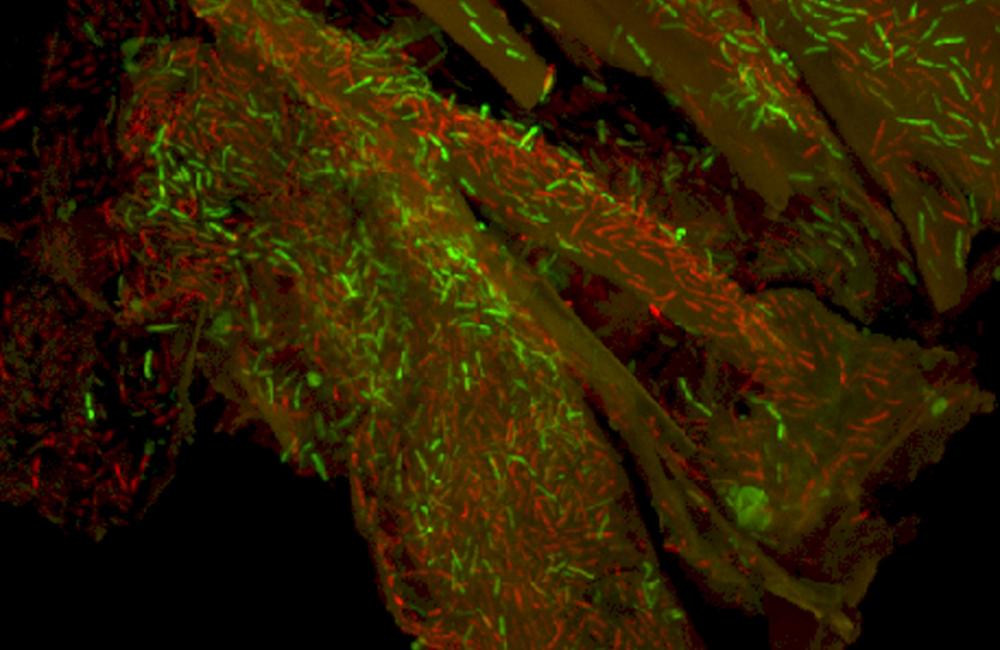 OAK RIDGE, Tenn., Jan. 14, 2016—Researchers at the Department of Energy’s BioEnergy Science Center are looking beyond the usual suspects in the search for microbes that can efficiently break down inedible plant matter for conversion to biofuels. A new comparative study from the Oak Ridge National Laboratory-based center finds the natural abilities of unconventional bacteria could help boost the efficiency of cellulosic biofuel production.

A team of researchers from five institutions analyzed the ability of six microorganisms to solubilize potential bioenergy feedstocks such as switchgrass that have evolved strong defenses against biological and chemical attack. Solubilization prepares the plant feedstocks for subsequent fermentation and, ultimately, use as fuel. The paper, published in Biotechnology for Biofuels, is the most comprehensive comparative study of its type to date.

Their analysis demonstrated that under carefully controlled conditions, a microbe called Clostridium thermocellum is twice as effective as fungal enzymes used by industry today. The researchers also tested the different microbes’ performance with minimal pretreatment of the plant materials, indicating it may be possible to reduce or eliminate use of heat and chemicals that make the feedstock accessible to biological processing.

The researchers note that the study was designed to provide indications of intrinsic capability and performance under industrial conditions. They hope their findings will guide the development of advanced processes to lower costs and improve the efficiency of commercial biofuel production.

“One of the directions that this study leads is that we might have to go out into nature to find the best bugs, even if they are not the ones we’re most familiar with,” Lynd said. “A major thrust in BESC is that we exclusively focus on these non-standard microorganisms that bring strong biocatalytic abilities to the table, rather than focusing on well-known microorganisms.”

The research team also considered the use of mechanical disruption techniques such as milling to complement the microorganisms’ biological breakdown.

The study is published as “Biological lignocellulose solubilization: Comparative evaluation of biocatalysts and enhancement via cotreatment.”

BESC is a Department of Energy Bioenergy Research Center supported by DOE’s Office of Science.