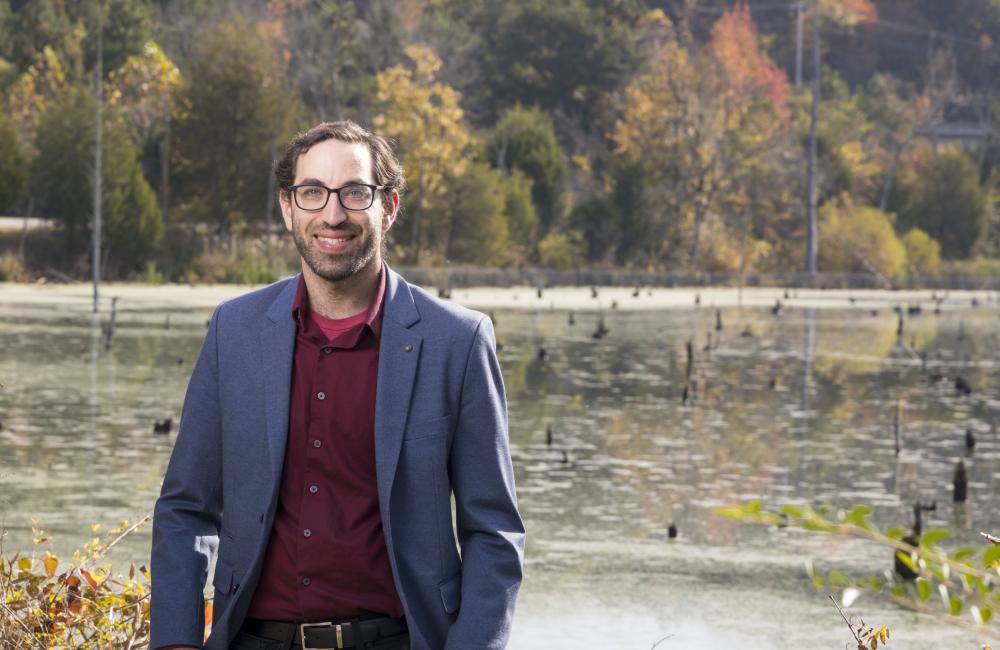 As rising global temperatures alter ecosystems worldwide, the need to accurately simulate complex environmental processes under evolving conditions is more urgent than ever.

That’s the challenge Benjamin Sulman faces as an Earth system modeler at the Department of Energy’s Oak Ridge National Laboratory. Using mathematics and programming, Sulman creates computational models that provide a better picture of terrestrial ecosystem processes – the way that plants, microbes and soils interact and influence the cycling of carbon, water and nutrients in their environment.

“Along with climate change comes environmental issues like changing air and water quality that are really sensitive to things we’re doing as a society,” Sulman said. “In order to plan for the future, we're depending a lot on computer models to tell us about the consequences of our choices. It's important to be able to understand how these models work to make them as useful as possible.”

Since joining the lab in 2018, Sulman has contributed his modeling skills to a diverse range of research. At the heart of his science is DOE’s Energy Exascale Earth System Model, or E3SM, a global modeling and simulation effort to predict land, water and atmospheric interactions. Sulman uses E3SM as a tool and also works to refine it.

In 2020, Sulman won a prestigious DOE Early Career Research Program award, funding him to model processes in coastal wetlands, complex environments that have typically lacked representation in Earth system models. His project, which will contribute new dynamics to E3SM, has a dual focus on wetland vegetation and cycling of elements including carbon and nitrogen.

“A lot of my work is building parts of these models to include processes that are not currently represented,” Sulman said. “By experimenting with these things and understanding some of the processes that we're not using now, we can get a better handle on how well our models are working and what some of the unexpected consequences could be.”

From the stars back to Earth

Sulman learned the fundamentals for his current career not only by studying Earth, but also space. Drawn to math and science, he studied physics and astronomy as an undergraduate at Oberlin College.

“The problem-solving strategy that they teach physics students is basically breaking problems down into the simplest pieces that you can and then putting those pieces back together into the more complex problem,” Sulman said. This approach is equally as useful for Earth system modeling, he said.

For instance, Sulman’s research on coastal wetlands – ever-changing water systems where rivers meet ocean – incorporates a number of factors from tides and salinity to vegetation and river flows carrying pollutants. The project, which is funded by his DOE Early Career Research Program award, draws on data from four locations around the United States.

Wetland ecosystems are important to add to models like E3SM because while they store carbon dioxide, a greenhouse gas, they may also be releasing it. Nitrogen flowing from rivers to oceans can also cause dead zones where overgrowth of plant life deprives water of oxygen that can sustain animal life.

This type of work allows Sulman to consider environmental issues he cares about – something he felt disconnected from while participating in undergraduate astronomy research, and later studying medical physics during his first year of graduate school at the University of Wisconsin.

Switching to UW’s Atmospheric and Oceanic Sciences Department, Sulman studied land-atmosphere interactions, specifically in the turbulent layer of the atmosphere that interacts with ecosystem processes. His PhD focused on measuring and modeling carbon cycling in inland freshwater wetlands.

While pursuing his doctorate, Sulman learned the value of collaboration from his advisor, Ankur Desai, who emphasized cooperating with scientists across disciplines. Sulman joined ORNL following research appointments at Princeton University, Indiana University and the University of California, Merced. It was partly ORNL researchers’ reputations as great scientists and collaborators that attracted him to the lab, he said.

“Something that I've really enjoyed about ORNL is having this group of people with different types of expertise and being able to work closely with them and communicate across these boundaries of modeling and field work,” Sulman said. “Being able to work on large projects and be part of a big team is a lot of fun.”

In a recent study, for example, Sulman collaborated with field scientists working on the Next-Generation Ecosystem Experiments Arctic – or NGEE Arctic – project, a large-scale effort to study and model Arctic ecosystems especially vulnerable to climate change. Alongside plant scientists and ecologists, Sulman updated models of Alaskan ecosystems to include a broader array of plant functional types, or categories of plants with established parameters that represent vegetation in carbon cycle modeling.

Adding new plant functional types – including lichens, moss and shrubs of different heights – improved previous models that were limited to only shrubs and grasses, giving scientists a more realistic idea of how Arctic vegetation may respond to and influence climate change.

Models for a better planet

As part of NGEE Arctic, Sulman is currently working to model the role of iron in methane production from Arctic permafrost soils.

When iron-rich Arctic soils become waterlogged, microbes can use iron rather than oxygen to fuel their decomposition of organic matter. But when the iron runs out, they begin producing methane, a greenhouse gas with a much higher heat-trapping capacity than carbon dioxide.

“The amount of methane produced from these high-latitude ecosystems is a really big question in understanding the global greenhouse gas budget,” Sulman said. “But if we're not taking some of these other interactions like iron cycling into account, then we could overestimate how much methane is produced in soils.”

Sulman’s concern for the environment, a motivator behind his research, dates back to his childhood, when he gained a love for the outdoors on family hiking trips in his home state of Wisconsin and visits to national parks.

Today, studying the natural world is a family affair. Sulman and his wife, Fernanda Santos, both work in ORNL’s Environmental Sciences Division. “We make a good team because she does the experiments and I do the modeling,” he said, though he noted that the pair have yet to collaborate on many work projects.

At home, however, they’re taking on a major endeavor – raising their one and a half-year-old daughter. As the world opens up, Sulman looks forward to taking advantage of Knoxville’s cultural events and abundant natural areas with his family. At work, he’ll continue to improve the representation of complex processes in models to expand the types of questions scientists can answer about our changing planet.

UT-Battelle manages ORNL for Department of Energy’s Office of Science, the single largest supporter of basic research in the physical sciences in the United States. The Office of Science is working to address some of the most pressing challenges of our time. For more information, please visit energy.gov/science. — Abby Bower 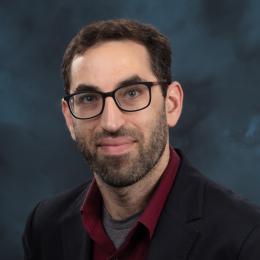